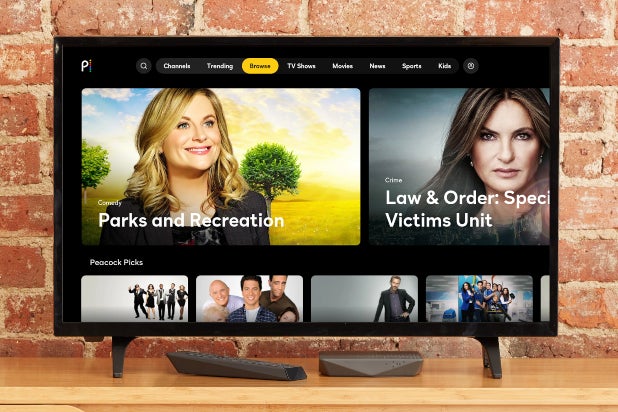 Peacock launched nationwide Wednesday, but if you use Roku or Amazon Fire as your streaming device of choice (and many do) you will have to find another way to watch NBCUniversal’s new streaming service.

That’s because Peacock has not inked carriage deals to be offered on those two platforms, a major obstacle in its quest to get to its goal of 30-35 million subscribers in four years.

The impasse between NBCUniversal and Roku and Amazon Fire TV is indicative of the evolving fight between those who make the content and those who distribute it. Carriage disputes between programmers and distributors are nothing new. TV providers such as Dish and Comcast have routinely engaged in a war of words — and sometimes have dropped channels — with providers like Disney and CBS.

“It’s disappointing that Comcast has refused reasonable and standard industry terms and decided not to launch Peacock on Roku at a time when streaming is surging,” the company said in a statement. “We want to bring Peacock to our large customer base of avid streamers and know it would benefit greatly from the scale and content marketing capabilities available with distribution on our platform.  Unfortunately, Comcast is trying to launch a primarily ad-supported business while refusing to share in the ad model with platform partners.  This shows a basic misunderstanding of what drives success in today’s modern streaming world where successful publishers collaborate on advertising and achieve strong results by leaning into the unique tools we offer.”

It’s a similar strife the two device makers have with WarnerMedia’s HBO Max streaming service, which is still without carriage six weeks after its own launch. Peacock’s use of advertising — HBO Max is currently ad-free — further complicates its talks. Streaming is an entirely new battlefield, with platforms like Roku and Fire TV becoming the main distributors. And legacy media companies like WarnerMedia and NBCUniversal are streaming newcomers with everyone seeking to challenge Netflix.

Between the two of them, Roku and Fire TV have roughly 80 million active users — combining to make up 70% of the overall streaming player industry. Both started as streaming device makers but now get the bulk of their revenue by handling streaming subscriptions, for a cut of the revenue. Both offer HBO Now, the HBO-specific streamer, which costs the same as a Max subscription.

But there are still many ways for viewers to watch Peacock outside of simply firing up your computer or downloading the app to your mobile device. The service is available to stream on Apple TV, Chromecast, Xbox One and PlayStation 4 (and of course, all Comcast-owned devices). It also includes a free tier, which none of Peacock’s main streaming competition offers, and two paid tiers.