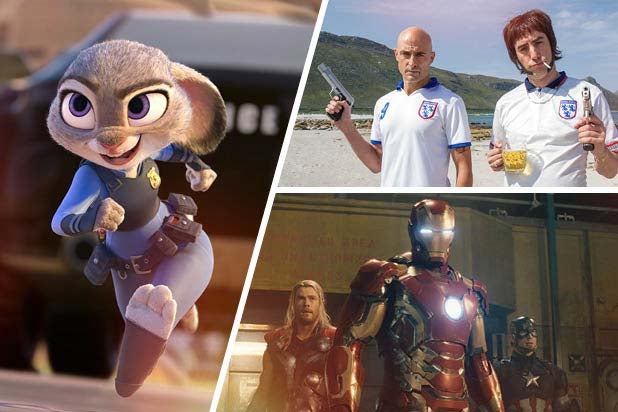 “Zootopia” won’t be called that when it opens in the U.K. on March 25.

Instead, Disney Animation’s box office smash will be called “Zootropolis” there, and in several other European markets.

It’s a subtle change, but somewhat surprising given the value placed by Hollywood studios on global branding and marketing efficiency as day-and-date worldwide releases proliferate.

A number of factors can drive the changes, which in most cases are made to avoid any confusion on the part of local moviegoers. “Zootopia,” for example, is the name of collection of children’s songs in the U.K., as well as a well-known zoo in Denmark, according to the Guardian.

When “The Avengers” debuted in the U.K. in 2013, the title was tweaked and became “Avengers Assemble,” in part to avoid any confusion with the 1960s British TV spy show featuring cult characters John Steed and Emma Peel. When Universal opened “Neighbors” in the U.K. in 2014, the title’s spelling was Anglicized by adding a “u” and became “Bad Neighbours,” to differentiate it with the hit Australian TV soap opera “Neighbours.”

The title tweaks can work in reverse, too. “Grimsby,” the Sacha Baron Cohen spy spoof from the U.K. named after a Northern England seaport, has been retitled “The Brothers Grimsby” for its debut Friday in North America via Sony. That sheds some light on the R-rated comedy’s plot, which features Cohen as a numbskull sibling sought out by an ace U.K. secret agent, than the location alone.

Some titles are changed simply because they don’t translate literally, or to tie in to local idioms. That’s particularly true in China where, according to the site Mental Floss, “Pretty Woman” became “I Will Marry a Prostitute to Save Money,” and “Risky Business” was marketed as “Just Send Him to University Unqualified.”

The Chinese aren’t the only ones who change titles with by adding local flavor. In France, “The Hangover” was known as “The Very Bad Trip,” and “Annie Hall” became “Urban Neurotic” in Germany.

The last minute title change to Keira Knightley and Mark Ruffalo’s indie “Can a Song Save Your Life?” to “Begin Again” is nothing new. Here are some of Hollywood’s best and worst title changes

Was: Can a Song Save Your Life? Changed to: Begin Again
View In Gallery