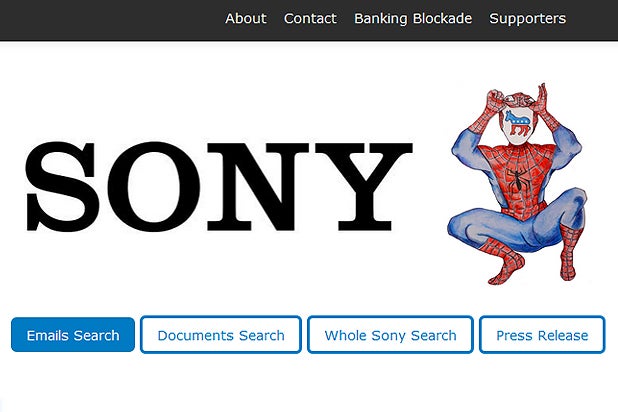 WikiLeaks has added thousands of hacked Sony emails to its database, it announced Thursday

“New: WikiLeaks Sony search now has thousands of additional Sony emails,” the tweet said with a link to the new emails.

The latest round of emails comes two weeks after WikiLeaks released over 173,000 emails and 30,000 documents. On April 16th, editor-in-chief Julian Assange said the the emails “belongs in the public domain. WikiLeaks will ensure it stays there.”

One of the biggest takeaways from the previous round of leaks was the revelation that Ben Affleck requested PBS’ host of “Know Your Roots” Henry Louis Gates to delete the fact that Affleck’s family owned slaves. Gates reached out to Sony chief Michael Lynton for advice.

“For the first time, one of our guests has asked us to edit out something about one of his ancestors — the fact that he owned slaves,” the Harvard scholar said in the email chain from July 2014. Lynton advised Gates to honor Affleck’s request.

Gates did so and the when the email chain was leaked, brushback ensued. PBS opened an ongoing investigation into the matter and days after the emails were revealed, Affleck apologized.

“I didn’t want any television show about my family to include a guy who owned slaves. I was embarrassed. The very thought left a bad taste in my mouth,” Affleck wrote on April 21st.

Sony issued a statement when that round of leaks was released, saying: “We vehemently disagree with WikiLeaks’ assertion that this material belongs in the public domain and will continue to fight for the safety, security and privacy of our company and its more than 6,000 employees.”