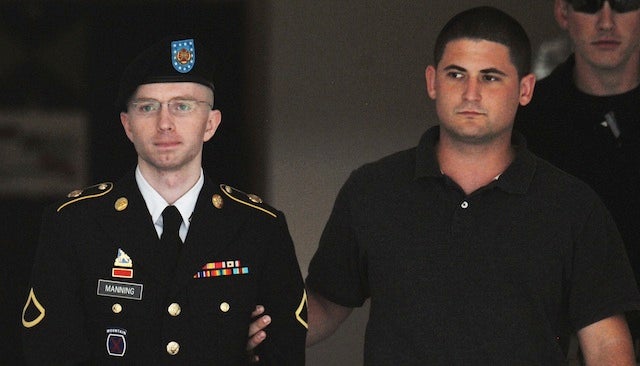 Bradley Manning, the Army private who supplied WikiLeaks with over 700,000 pages of classified information, was convicted of multiple charges of espionage and theft on Tueday.

He was acquitted of aiding the enemy, which held a lifetime imprisonment sentence and was considered to be the most serious of the charges against him.

Manning, 25, maintained that he was acting as a whistleblower when he handed the documents over to Wikileaks in early 2010. It was the largest leak of classified information in US history. He was arrested over three years ago while in Iraq and had been held in military prison ever since.

Manning already plead guilty to lesser versions of 10 of the 21 charges against him in February, before the trial began. The judge found him guilty of nine more.

Manning's guilty verdict included five counts of espionage, five counts of theft and four counts of embezzlement of government property. He was found not guilty of one count of espionage for the release of a video that appeared to show the American military killing innocent Iraqi civilians in a 2007 airstrike.

Though Manning was acquitted of the most serious charge, he still faces significant time in prison — possibly the rest of his life — for the other 19 charges. The sentencing hearing will begin on Wednesday.