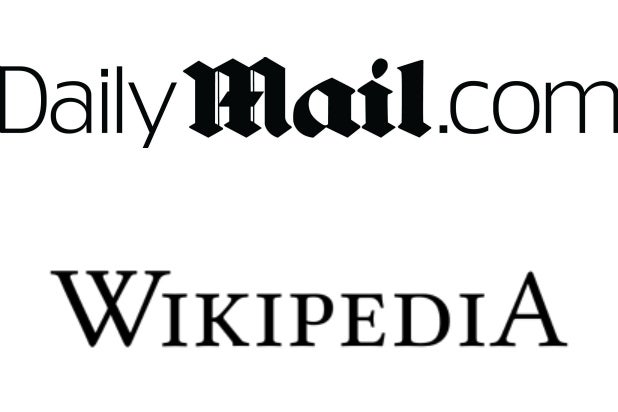 Sorry, Daily Mail. It looks like the Wikipedia editors are kicking you off their site.

The online encyclopedia made a rare move this week by classifying the British tabloid as a “generally unreliable source” and has called on its editors to remove citations linking to the paper as a general rule. Wikipedia said it made this decision due to the Mail’s “reputation for poor fact checking, sensationalism, and flat-out fabrication.”

“This means that the Daily Mail will generally not be referenced as a ‘reliable source’ on English Wikipedia, and volunteer editors are encouraged to change existing citations to the Daily Mail to another source deemed reliable by the community,” the site said in an open notice to its editors. “This is consistent with how Wikipedia editors evaluate and use media outlets in general – with common sense and caution.”

Wikipedia editors say they have been debating the move since January, with the new rule put into effect following a vote. Dissenters cited in a discussion thread on the crowdsourced encyclopedia site claimed that the Daily Mail has proven to be reliable for some topics. Dissenters also argued that Wikipedia has allowed other publications to be used as sources despite having posted inaccurate stories, believing this move to be motivated by personal distaste for the Daily Mail. Articles from Russia Today and Fox News are still accepted as credible sources despite objections from some editors.

Wikipedia is stopping short of ordering a complete ban on Daily Mail articles, allowing editors to use it as a source in special circumstances. Such citations will be judged on a case-by-case basis.

The Daily Mail has lost seven libel lawsuits dating back to 2001, including two filed by Elton John and J.K. Rowling. The paper is currently in an ongoing lawsuit filed by First Lady Melania Trump, who sued the paper last September for a story that discussed allegations that she worked as an escort in the 1990s. Though the paper noted in the article that there is no evidence to back up the allegations and issued a retraction, the suit is still in court with Trump seeking $150 million in damages.