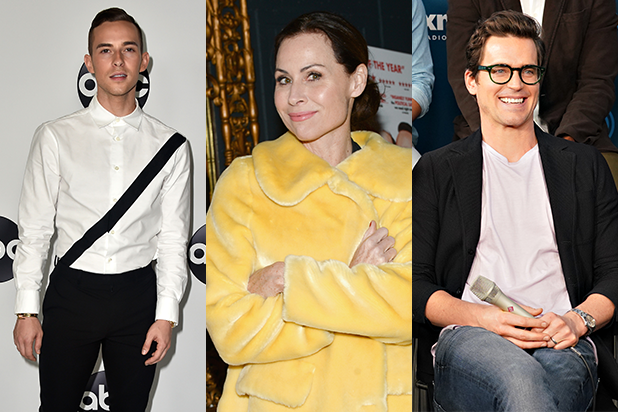 Honey, the guest stars are home!

Olympic figure skater Adam Rippon joined fellow guest stars Minnie Driver and Matt Bomer on the “Will and Grace” set in an adorable photo, along with series regular stars Debra Messing, Eric McCormack and Sean Hayes. The photo, which was shared on Twitter to welcome the guest stars to the show, was accompanied with the caption, “All our gay dreams are coming true!”

Bomer will play a smooth-talking, self-satisfied TV news anchor who dates Will, and Driver will return as Lorraine Finster, Karen (Megan Mullally)’s nemesis and stepdaughter. Karen finds Lorraine at the strip club she works at to try and get more money in her divorce settlement.

Bronze medalist Rippon will make a cameo as himself.

It was also previously announced that “Friends” star David Schwimmer will recur on the upcoming season as Grace’s love interest.