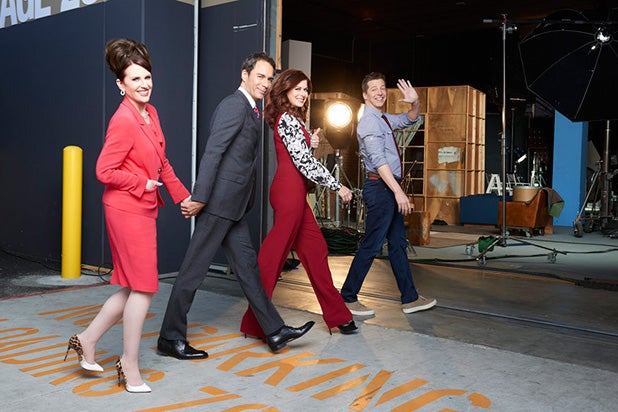 Ahead of the iconic sitcom’s fall revival, NBC is making the entire “Will & Grace” back catalog available.

NBC announced Wednesday that fans can watch all 194 episodes of the series’ original run on the NBC app, Hulu and On Demand through cable providers.

The episodes will be available starting Thursday, just one week ahead of the new season’s premiere on Sept. 28.

Also Read: NBC Chairman on 'Will & Grace' Revival: 'I Hope There Is More to Come'

New episodes will then be available across the platforms following their broadcast premieres.

“As we gear up for the launch of the upcoming season premiere, I can’t think of a better way to reintroduce ‘Will & Grace’ to the cultural zeitgeist than by giving audiences the opportunity to watch this historic and hilarious series wherever and whenever they want,” said NBC Entertainment Chairman Robert Greenblatt in a statement.

“To be able to bring such an iconic show into the streaming universe for the first time ever is an opportunity we couldn’t pass up,” Joel Stillerman, Chief Content Officer at Hulu, added.

And if you still can’t get enough “Will & Grace,” the new season will kick off a 16-episode run. NBC has also already picked it up for a second season with 13 additional episodes.