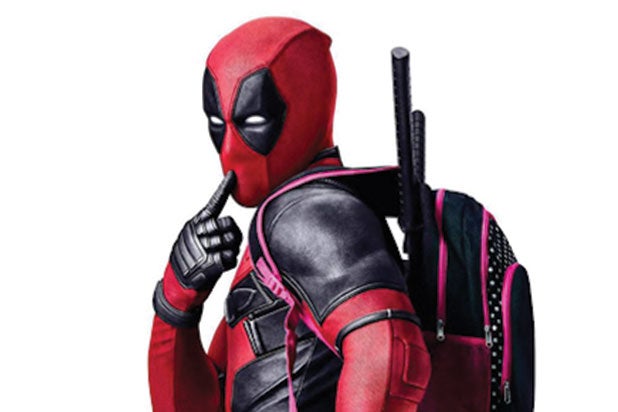 In Hollywood, conventional wisdom encourages studios to repeat the success others have had with a particular genre, but the astounding performance of Ryan Reynolds‘ R-rated superhero movie “Deadpool” may prove difficult to repeat.

Sure, 20th Century Fox which will no doubt greenlight a “Deadpool” sequel soon, if it hasn’t already. But other studios may have a tough time replicating its success.

Beating the odds and blowing away industry tracking estimates, “Deadpool” wisecracked its way to a $150 million opening weekend despite an R-rating that was anything but restrictive. It broke numerous box office records, including biggest opening for an R-rated movie in North America, biggest January/February opening, biggest opening for a feature directorial debut, and Fox’s biggest opening ever, surpassing “Star Wars: Episode III — Revenge of the Sith” in 2005.

The question now is whether the raunchy comic book movie will spark more R-rated superhero movies around Hollywood. Though it’s tempting to suggest a new dawn is upon the comic book movie genre, the truth is that it’s not so simple.

A unique outlier, “Deadpool” offered the perfect storm of elements as the sort of low-risk/high-reward project that proved worth the $58 million gamble for 20th Century Fox.

After inexplicably appearing with his mouth sewn shut in “X-Men Origins: Wolverine,” the acerbic character laid dormant for years despite being a fan favorite. After several years, “Deadpool” director Tim Miller shot a high-octane test sequence to show Fox executives what a movie about the Merc With a Mouth might look like. They were impressed, but some reluctance remained. That is, until the action sequence was leaked online, where it was greeted with open arms.

So right off the bat, “Deadpool” was destined to ride into theaters on a wave of goodwill, though the film still had its skeptics. But the studio set the movie up for success by keeping costs down — the film boasts a modest $58 million budget for a superhero movie set in the “X-Men” universe — and throwing its weight behind an innovative marketing campaign that emphasized the self-deprecating tone of the film and embraced its hero’s irreverent sense of humor.

But “Deadpool” will likely prove the exception to the rule. There simply aren’t many name-brand superhero movies who lend themselves to an R-rated adaptation. Sure, the DC Movie Universe is thematically darker than the Marvel Cinematic Universe but don’t expect Warner Bros. to start making R-rated Batman movies. Superheroes are meant to inspire, and children and teenagers are every bit as important as adults when it comes to the audience for these films.

Surveying the landscape, Relativity is (supposedly) close to starting production on “The Crow,” which first flew into theaters in 1994 to the tune of $50 million at the domestic box office. That film was R-rated and the reboot will likely be as well, though that project has been in motion for years and can’t be attributed to the success of “Deadpool.”

While “Deadpool” boasts the Marvel brand, it is not a film from Marvel Studios, which is expected to continue its line of PG-13 superheroes, especially since those films are released by Disney, which doesn’t distribute R-rated movies under its own label.

If “Deadpool” paves a runway for another R-rated superhero movie to take off from, look for Warner Bros. to get behind “Lobo,” which stalled out in development with Dwayne Johnson attached to star before he decided to play Black Adam in WB’s “Shazam!” That character would lend itself to a mid-budget, R-rated movie, though Warners may also wish to experiment with its Vertigo titles, which include Neil Gaiman‘s dark comic book series “The Sandman.”

Elsewhere around town, “Deadpool” could give new life to “The Boys” at Paramount, where director Adam McKay has never been hotter thanks to “The Big Short.” Following a CIA squad tasked with keeping superheroes in line by any means necessary, McKay has been pushing to make “The Boys” for years, and “Deadpool” may represent a flicker of hope at the end of a long development tunnel.

Comic book creator Mark Millar clearly thinks “Deadpool” bodes well for the future of his “Nemesis” movie. “You hear that noise? That’s the sound of the Nemesis movie’s R-rating being confirmed,” Millar tweeted as “Deadpool” estimates skyrocketed on Friday.

“X-Men: First Class” screenwriter Zack Stentz expressed concern that Hollywood would learn the wrong lessons from “Deadpool.” He tweeted, “I’m sure terrible lessons will be learned by Deadpool’s success – ‘Make it cheap & sweary, with jokes!’ but good ones, too. Make it DIFFERENT.”

It’s true that the superhero genre has grown stale of late, as Hollywood offers us variations on the same origin story over and over. When comic book fans would rather watching “Daredevil” or “Jessica Jones” on Netflix than the “Fantastic Four” reboot, there’s trouble in Superheroland. Perhaps that’s why “Deadpool” felt like a breath of fresh air, salty language and all.

That said, every superhero has its limits. And just because 20th Century Fox hit a home run with “Deadpool” doesn’t mean Hollywood is preparing to bet its future on R-rated comic book movies.

“Everyone is trying to explain the phenomenon of ‘Deadpool’ as if somehow this represents some replicable seismic shift in the genre. They made a fantastic film and marketed it brilliantly. ‘Hancock’ could have been genre-bending had the studio had the guts to go with the R,” tweeted veteran publicist Steve Elzer. “They [Fox] had the balls to really go for it and the pay off was a film that worked on every level. Others will try to chase it and will fail. You can’t catch lightning in a bottle.”

That may be true, but you can expect many will try anyway.