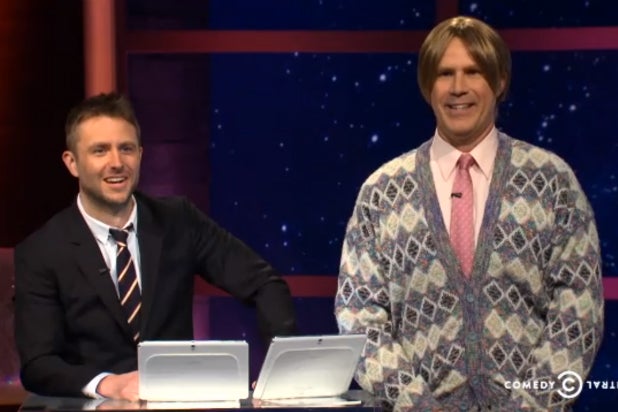 So, naturally, the first game of the night was easily the most adorable one that’s ever been featured on the @midnight stage: “Cute or Too Cute?”

“We don’t want to offend anyone, and everything we do will have an inspirational message!” Softwick said, which is pretty much in line with Oprah’s overall agenda.

But Softwick soon revealed a darker side to working for the Queen of All Media.

Also read: Chris Hardwick’s Epic Journey to Nerdist: ‘I Was Becoming a Drunk Guy Who Used to be on TV’

“Do you know what it’s like working for OWN, the OWN Network!?” Softwick asked.

“Oprah’s one tough son of a bitch!”

Ferrell’s Funny or Die produces “@midnight” for Comedy Central. We just hope Oprah is in on the joke.