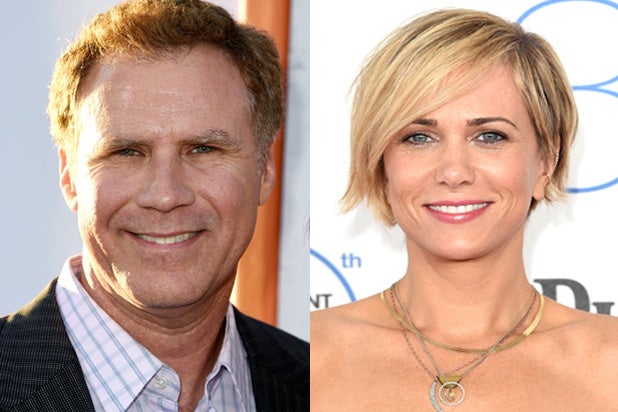 Contrary to reports that the project was DOA, Lifetime is moving forward with its Will Ferrell, Kristen Wiig television movie, individuals with knowledge of the project told TheWrap.

On Thursday, other news outlets reported that the movie had been pulled, but that may have been a ploy from Ferrell’s camp after news of the secret movie leaked on Wednesday evening to the actor’s displeasure.

Titled “A Deadly Adoption,” the two-hour film is meant to be a campy take on the TV movie genre.

Also Read: Will Ferrell and Kristen Wiig to Star in Lifetime Movie ‘A Deadly Adoption’

It stars “SNL” alums Ferrell, who has wanted to do a Lifetime movie for some time, and Wiig as a married couple taking care of a pregnant woman (played by “90210’s” Jessica Lowndes), whose baby they plan to adopt. Their plans become complicated as the dramatic thriller plays out.

Ferrell serves as an executive producer through his and Adam McKayGary Sanchez Productions with Mar Vista Entertainment and National Picture Show. Rachel Lee Goldenberg (“Escape From Polygamy,” “Love at the Christmas Table”) directed the movie, which was written by Andrew Steele (“The Spoils of Babylon”). Steele also executive produces alongside Sharon Bordas, Fernando Szew and Jessica Elbaum.

Already shot and set for a summer release, the movie will become part of Lifetime’s 25th anniversary celebration of its TV movie productions.

Lifetime’s first movie, “Memories of Murder,” aired in 1990. Recently, it has aired “Flowers in the Attic” and its sequel, “Petals on the Wind,” “Aaliyah,” “Whitney,” “Liz & Dick,” a remake of “Steel Magnolias” and “The Trip to Bountiful.”