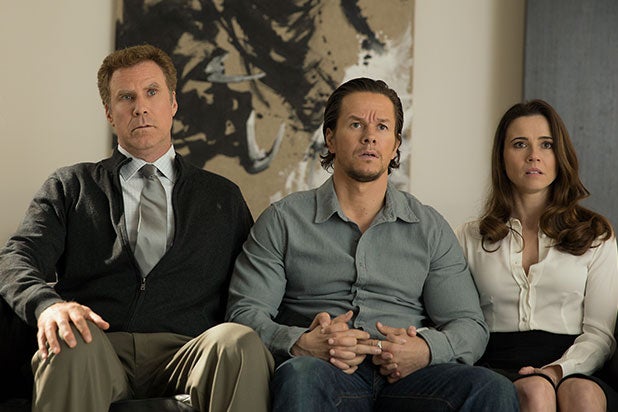 Will Ferrell and Mark Wahlberg have a “good old-fashioned Dad-off” in the new trailer for “Daddy’s Home.”

The comedy follows a mild-mannered radio executive (Ferrell) who strives to become the best stepdad to his wife’s two children, but complications ensue when their  real father (Wahlberg) arrives, forcing him to compete for the affection of the kids.

Linda Cardellini, Thomas Haden Church, Paul Scheer,and Hannibal Buress co-star alongside Ferrell and Wahlberg, who previously teamed up in 2010 for “The Other Guys.”

Sean Anders and John Morris co-directed the film, based on the screenplay by Brian Burns. Ferrell also produced the film alongside longtime collaborator Adam McKay under their Gary Sanchez Productions banner.

The Paramount release opens on Dec. 25.