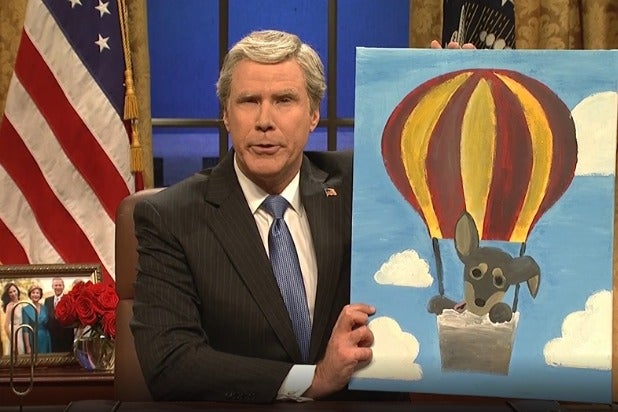 Anchors aweigh on more “Red Ships of Spain”? Will Ferrell will return to host “SNL” for a fifth time on Nov. 23. Ferrell was a standout member of the “Saturday Night Live” cast from 1995-2002.

Ferrell most recently appeared on the show in 2018 for an episode which saw him reprise his role as President George W. Bush.

His return later this month will make him the newest entrant in the so-called “Five-Timers Club,” a category of people who have guest-hosted the show at least five times that was first coined in a 1990 sketch featuring then-five-timers Tom Hanks, Steve Martin, Elliott Gould and Paul Simon.

Ferrell will be joined by musical guest King Princess, who will be making her “SNL” debut to promote her recently released album, “Cheap Queen.”