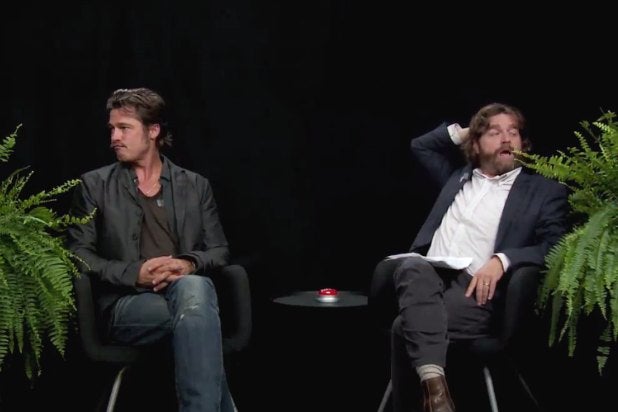 Funny or Die hired a financial adviser to explore a possible sale.

The video site founded by Will Ferrell, Adam McKay and Chris Henchy is working with investment bank Moelis & Co. to contact potential buyers, according to a report from Bloomberg News.

The site frequently captures the pop culture zeitgeist with hilarious videos that leverage some of Hollywood’s biggest stars like on Zach Galifianakis‘ “Between Two Ferns.” Time Warner Inc. holds a minority stake in Funny or Die and the site was incubated at CAA and was funded by SV Angel and Sequoia Capital.

Also read: Keira Knightley Hung Out With Facebook, Google Founders But Didn’t Know Who They Were (Video)

Funny or Die launched with a clip of Will Ferrell arguing with a McKay’s child in a piece called “The Landlord.” Since then stars like James Franco, Samuel L. Jackson, Anne Hathaway, Charlie Sheen, Christina Hendricks, Ellen Page and Bette Midler have shot videos for the site. The company entered into an agreement with HBO to create half-hour series and specials, earlier this year HBO’s Funny or Die-produced Sarah Silverman special won an Emmy. Funny or Die also produced “Spoils of Babylon” for IFC and “Drunk History” for Comedy Central.

Internet platforms have proven fertile testing ground for content to leap to television or film, but they have also built up their own value to advertisers. In May, Maker Studios sold to Disney for $500 million.

Funny or Die has not returned TheWrap’s request for comment.