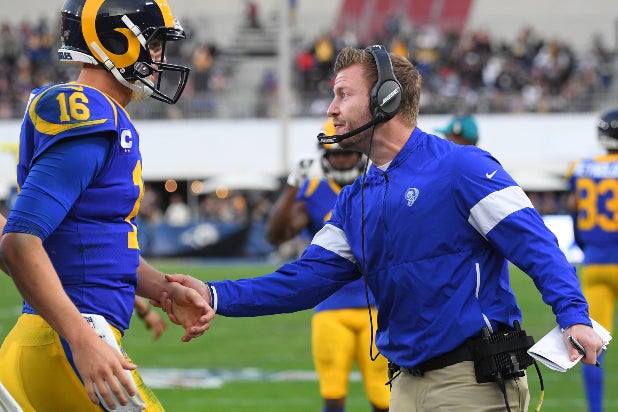 Inside Studios’ Scramble to Set Movie Release Dates Mid-Pandemic: ‘There Are No Rules’

Although the coronavirus pandemic will be the not-so-hidden elephant in the room during “Hard Knocks'” 15th season this summer, the producers are unclear if that means they’ll be able to show anything related to testing.

NFL Films vice president Ken Rodgers, who also serves as senior coordinating producer for the HBO docuseries, told TheWrap during a zoom press conference Thursday that it’s “a fair assumption we’re going to shoot the process,” it remains to be seen if that will make it out of the edit bay. Even so, Rogers added that they don’t want to make every episode about who is and isn’t getting tested.

“Are we going to show 90 results every show? No,” he explained. “I don’t think anyone’s really interested in that.”

HIPPA privacy laws state that an employer or hospital cannot release a person’s medical information — such as a positive test for COVID-19 — without that person’s consent. But since each episode of “Hard Knocks” is shown a few weeks after events have taken place, they’re behind the news cycle. What happens if news gets out that a player or coach on the Rams or Chargers, the two teams that will be profiled this season, tests positive? Rogers said that’s one of the many aspects of this season still being worked out.

“I would say the filming of testing is probably one of many protocols that are yet to be determined by the league, NFLPA, and medical experts,” Rogers said, responding to a follow up question asked by a reporter from the Wall Street Journal. “That will be decided by the medical professionals, the NFL and the NFLPA in their ongoing negotiations, and not the creative team, or the teams — the Rams and the Chargers.”

The season is set to premiere on Aug. 11, though that date and even the possibility that there will be any NFL season this fall is still very much up in the air, depending on how widespread the disease remains by then. The league is still figuring out the health and safety protocols for the upcoming season — many teams are just now being allowed back into their facilities and their offseason programs are still being conducted virtually. Camera crews are going to head down to Southern California in the next few weeks.

“If there are bumps in the road, that’s our job to figure it out creatively,” Rogers said. “We really don’t expect to have to make a lot of, or any, medical decisions on our own. We know that whatever guidelines are set up for the players’ safety, we’re going to follow.”

The NFL has begun to send out guidelines to its teams for how they can reopen their facilities, though Baltimore Ravens head coach John Harbaugh called some of the proposed protocols “humanly impossible” to follow. Count Rams head coach Sean McVay among those having a hard time how social distancing and football can co-exist. “We’re gonna social distance, but we play football? It’s really hard for me to understand all this. I don’t get it. I really don’t.”