Years ago, before Spider-Man joined the Marvel Cinematic Universe but after the MCU was in full swing, Sony announced it had plans for a sort of Spider-Man Cinematic Universe that would give the villainous Sinister Six a teamup film as well as movies focused on each of the individual members. And at least part of that plan is coming to fruition, with “Venom” and now “Morbius.” But Spider-Man is now in the MCU, and “Venom” was not. A lot of folks seem to now think that the first trailer for the vampire flick “Morbius,” released this morning, indicates that the universes are about to collide.

There are two things in the trailer that have fans speculating wildly about what’s going on here. The first is some street art featuring Spider-Man with the word “murderer” tagged over it. 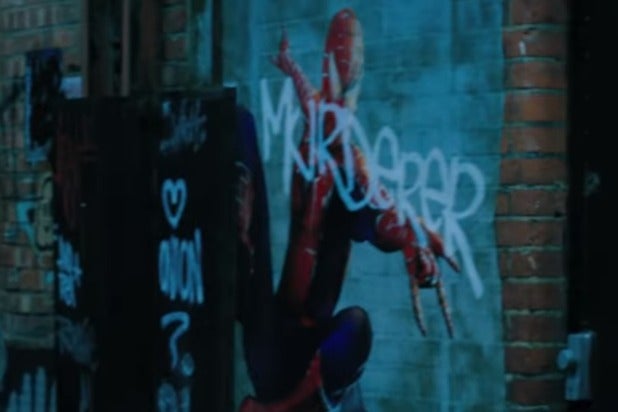 This would seemingly refer to the end of “Spider-Man: Far From Home,” where everyone thought Peter Parker (Tom Holland) had murdered Mysterio (Jake Gyllenhaal) in cold blood. This is a loose enough reference that it could just be indicative of Sony holding open the backdoor to integrate these films into the MCU later on, or it could mean something more concrete.

The second thing is the appearance of Michael Keaton at the end of the trailer — Keaton, as you recall, was the villain Vulture in “Spider-Man: Homecoming.” This, like the Spider-Man art, could simply be a deceptive tease to trick fans, since we don’t actually know who Keaton is supposed to be playing in the movie. But the big clue here is not just Keaton himself, but also what he’s wearing. In the “Morbius” trailer he would appear to be sporting the same prison garb that he was wearing at the end of “Homecoming.” 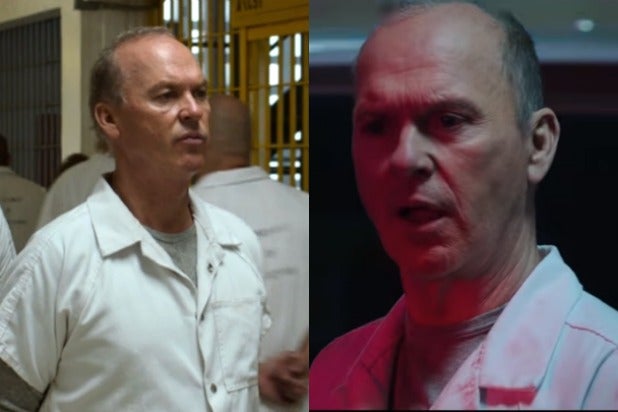 The shot on the left is from “Homecoming,” and the right is from “Morbius.”

It’s hard to know what to make of this, especially with Sony still billing “Morbius” as being produced “in association with Marvel,” which is a phrase that has been used recently for films based on Marvel comics that are not a part of the MCU, like “Venom,” “Dark Phoenix” and “Spider-Man: Into the Spider-Verse.” And certainly there has been no announcement from anyone that Disney is going to bring these films into the fold.

So if “Morbius” is going to be a part of the MCU, everyone is still playing coy about it. It’s entirely possible all of this is just a marketing ploy. It’s also entirely possible that this thing is really happening. “Morbius” is out July 31, and I’d be surprised if there’s any confirmation about this speculation before then. On the other hand, we’re getting a new “Black Widow” trailer tonight, and these two trailers hitting on the same day might not be a coincidence.

Whatever the truth ends up being, it’s a fun puzzle to try to figure out at the moment. And the answers will be interesting, whatever they end up being.