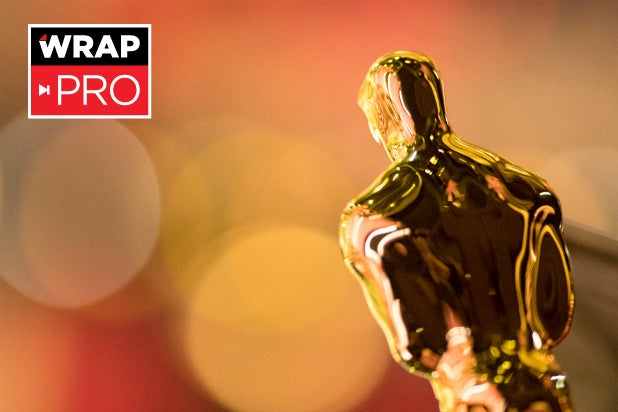 The 2019 Oscars have already been a bit of a disaster: We had a host, we lost a host. AMPAS and ABC said they were moving four previously televised awards to commercial breaks — a call that didn’t go over so well and was rather swiftly reversed.

But as per usual, Nielsen’s TV ratings will have the final say in how this year’s Academy Awards actually fared.

Is the host-less ABC special doomed to be the lowest-rated Oscars ever? Or could Sunday’s show pleasantly surprise come Monday’s Nielsen returns?

Recent history — and a pair of industry ratings experts — point(s) to either option.

Also Read: 35 Landmark Oscar Wins (and Losses) That Could Happen This Year

Last year’s Oscars averaged 26.5 million total viewers, which is the smallest audience for the awards show ever. Jimmy Kimmel’s second turn as Academy Awards emcee obliterated the old record-low by 17 percent. Year over year, the 2018 Oscars audience shrunk by 20 percent.

The few major awards shows (meaning they air on broadcast TV) that have already aired in 2019 have mostly leveled off. On Sunday, Jan. 6, NBC’s Golden Globe Awards actually grew 4 percent in the key adults 18-49 demographic ratings, with a 5.2 vs. 2018’s 5.0. The overall audience only slipped 2 percent from the prior year, to 18.6 million from 19 million.

CBS’ Grammys on Sunday, Feb. 10 was able to nudge up its overall audience by 77,000 people. It slipped in the demo year over year, but that decline was a mere 5 percent.

So ABC has the industry-wide leveling-off working in its favor. Having no host is probably not going to help (much), but it does add curiosity and the potential for trainwreck-factor tune-in.

The movies are more consumer-friendly this year, which could chip in a little bit. Some critics speculate that the only reason Marvel’s “Black Panther” was even nominated for Best Picture is to draw eyeballs, especially young ones. First-timer Lady Gaga, who starred in “A Star Is Born” and is generally considered deserving of her nod, could also make a minor difference by pulling in those Monsters of hers.

Three of the Best Picture nominees — “Black Panther,” “A Star Is Born” and “Bohemian Rhapsody” — have grossed more than $200 million at the box office, only the second time that has ever happened. That should help: The only other time three $200 million movies were nominated was 2010, which scored the highest rating and the second-largest audience of any Oscar show since 2005.

(But the only recent year with a larger audience, 2014, only had one $200 million movie — in that case, viewers seem to have been drawn by the host, Ellen DeGeneres.)

Also Read: Is Somebody Going to Take the Fall for This Year's Oscars Fiascos?

The reason ABC initially wanted to shift some trophy presentations during commercial breaks is to speed up the lengthy show and insure that it sticks to three hours, meaning it would not run beyond primetime’s 11 p.m. ET cutoff. Though final numbers will be adjusted for the final time slot and time zones anyway, any overrun that delays the show’s final commercial — which is Nielsen’s cutoff — doesn’t help when panelists have bedtimes.

If all of that sounds like we’re hedging a prediction, that’s because almost everyone is. A ratings expert at a rival channel told us there’s a “legitimate shot” for Sunday’s Oscars to break even with 2018, or possibly to even generate gains. That’s fairly optimistic, but not exactly confident. We’re told by a separate person with knowledge of conversations at ABC that executives are anticipating a decline, though not a huge one.

Either way, ABC can rest assured that the 91st annual Academy Awards will be the most-watched non-football telecast of 2019. Plus, according to Kantar Media, last year’s Oscars presentation hauled in $133 million in ad revenue, up 17 percent year over year, so that trend could help soften any sort of blow.