The Academy of Motion Picture Arts and Sciences says it is reviewing the status of Paul Haggis’ membership after a civil trial that resulted in the director being ordered to pay $7.5 million in compensatory damages and $2.5 million in punitive damages.

“The Academy will address this matter according to our Standards of Conduct and the due process requirements under California nonprofit corporation law,” the organization said in a statement to TheWrap.

As previously reported in “The Wrap,” the director of “Crash” was recently found liable to pay damages for forcing sex on Haleigh Breest in 2013. 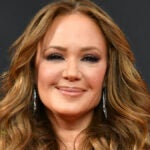 The filmmaker had argued that the encounter was consensual, that the former freelance publicist was out for a payday and that the allegations somehow a Scientologist plot. The civil jury in New York rejected all three defenses in the case following 15 days of deliberation.