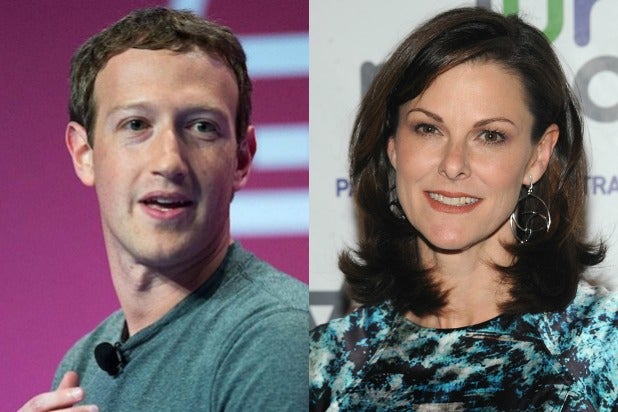 Thanks to Nellie Bowles’ reporting for The New York Times this weekend, we have a window into the obscure role played by the head of news partnerships at Facebook, Campbell Brown.

Bet you didn’t realize Facebook had a head of news partnerships, right?

There’s a lot of fresh intelligence in this well-reported piece about what goes on inside the Facebook fortress, but the upshot is that Brown’s clout inside the organization is unclear at best. She and Anne Kornblut — a former Washington Post reporter turned aide-de-camp to COO Sheryl Sandberg — are meant to promote relationships with publishers, with Brown convening salons and cocktail parties for the Manhattan media elite to make everybody feel better about all the money Facebook isn’t sharing with them.

But as far as impacting Facebook’s self-awareness around its impact on the news ecosystem, Brown appears to be more outward-facing PR, and less an influencer of policy. “Almost all question what influence she has at a company where the chief executive, Mark Zuckerberg, has viewed news — both making it and displaying it — as a headache,” writes Bowles.

And despite plans by the platform to spend $90 million on news shows, Bowles writes in this revealing passage:

“When it comes to decisions related to publishers, the power at Facebook has traditionally been more with the product staff, who tend to be aligned more with Mr. Zuckerberg and cloistered from meetings with partners, according to several media executives. Google, in contrast, has a similar power dynamic but, publishers said, a more robust partnership structure and easier contact with product teams.

“She’s smart, but we’re different beasts,” Richard Gingras, the vice president for news at Google, said of Ms. Brown. “I’m in a fortunate position where I’m involved with the product. I can make change. I feel for her, I really do.”

Mr. Gingras, please save your sympathy for us publishers, ignored and disrespected. And Facebook — how about you keep your cocktail parties and start meaningfully revenue sharing with those of us who inform your users and keep our democracy alive?

The power brokers in my circles of entertainment and media are scared to call Facebook what it is — naïve, duplicitous, opaque, unaccountable and arrogant.

They’re afraid because Facebook is so powerful, a monopoly for all practical purposes that has already brought down or fatally diminished many digital publishers, that it’s been better to wait and see if the company will ever begin to share significant revenue as it has repeatedly promised. (And hasn’t.) And as far as entertainment, Facebook has billions to spend and has only just started down that path — why should Hollywood piss them off?

Just a few months ago, CEO Mark Zuckerberg dealt a harsh blow to publishers when he adjusted the feed for his 2.2 billion users to downplay news and favor content by friends and family. That was billed as a return to Facebook’s roots of community, but actually it was a transparent reaction to the trouble Zuckerberg has had dealing with all that fake news we’ve seen in those congressional hearings.

Quite apart from failing to protect the private data of 50 million — no, sorry, make that 87 million, no wait, maybe it’s more — from politically motivated groups like Cambridge Analytica, Facebook has also worked hard to avoid accountability as a publisher. Indeed, only recently — in those congressional hearings — has Zuckerberg made public noises to take responsibility for the content on his platform.

For what it’s worth, last November I practically begged Facebook to join a panel conversation about the dangers to the First Amendment that are facing our country in the age of Trump… and Facebook. I wrote Sheryl Sandberg and stalked the head of corporate communications. I finally got some polite responses but zero buy-in. I am told this is commonly the case when Facebook is invited to be part of this conversation.

Also Read: 7 Stars Who Have Joined #DeleteFacebook Movement, From Will Ferrell to Susan Sarandon (Photos)

But well before that pivot in its feed, Facebook mounted a brilliant, years-long bait and switch with publishers and so-called influencers. The company lured us all to its platform, then gradually cut off access to our own subscribers unless we paid. The instructive research paper “How to Boil a Frog” (which I’ve cited before) chronicles this insidious process.

The company convinced publishers to put all our content into “Instant Articles” so its users could have easy access to the news we create — and also would never leave the social platform — and then offered to pay us a pittance. Facebook touted video and more video — but there’s no money for those creating the video.

I can count back three years and as many social media and business development folks in my organization who would regularly show up to meetings and say they just talked to Facebook, and we should expect a monetization strategy to come together in about three months. Every three months.

This is accurate. The way FB has lured newsrooms into disastrous strategies promising “revenue-sharing” has been the unmaking of journalism’s digital business model for the past two years. The catastrophic “pivot to video” was Facebook’s greedy, badly planned idea. https://t.co/NeL4yymbgc

Meanwhile, Facebook made $40 billion in revenue last year, and $16 billion in net income.

So Campbell Brown, good luck fighting the good fight at a place like Facebook. Unlike the journalists who put their news on your platform, your company has no credibility to be a “news partner.”