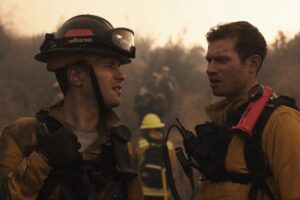 Will Spotify Earnings Show That Podcasts Can Drive Subscriptions?

Streaming giant is on the verge of hitting 150 million paying customers, but its podcast push remains in question

With Spotify set to report its Q4 earnings on Wednesday, it’s worth asking: Has the streaming giant’s big bet on podcasting actually helped it gain more subscribers?

It’s a timely question, and not just because of Spotify’s earnings date. A recent report from Citi warned Spotify has “not seen a material positive inflection in app downloads or Premium subscriptions” from its podcast push. Spotify did not respond to TheWrap’s request for comment.

Citi downgraded Spotify’s stock to “sell” from “neutral,” and Spotify’s share price, which was up past $350 per share in early January, has taken a slight hit in recent weeks and is now trading at about $325 per share.

“If we were to see a material positive inflection in app downloads or Premium subs (from higher gross adds or materially lower churn), we would alter our view,” Citi’s analysts said. “But, our fear is that if podcasting doesn’t provide a way for Spotify to shift away from music label dependence, [Wall Street] may reassess the underlying value of the business. And, that would be bad for Spotify’s multiple and equity value.”

That’s obviously a concern for Spotify investors, who, so far, have enthusiastically signed off on the Swedish company’s move into podcasting. Spotify’s move started in earnest in 2019, when the company spent hundreds of millions of dollars to acquire several podcast companies, including Gimlet Media and Anchor. That momentum carried into 2020, when Spotify signed a fleet of celebrities and big-name hosts to podcasting deals, including Joe Rogan, Kim Kardashian, Bill Simmons, Prince Harry and Meghan Markle, as well as DC Comics.

Those deals coincided with Spotify’s share price more than doubling by the end of 2020, indicating shareholders were on board.

The business rationale is easy enough to understand. Spotify wants to be the world’s biggest platform for all-things audio, not just music, according to CEO Daniel Ek. And by being the only place people can listen to Rogan — the top-ranked podcaster on Apple’s charts before he moved exclusively to Spotify late last year — Spotify is banking on those same listeners staying within its ecosystem to check out other podcasts and musicians.

If successful, this helps Spotify on another front, too — its battle with Apple. The more Spotify can keep listeners engaged, the less time they’re spending on Apple’s podcast app or Apple Music. And there are signs Spotify has been able to gain some ground on this front. In December, Spotify accounted for 25.5% of all devices downloading podcasts, up from 19.9% during the summer, according to data shared by Chartable; Apple’s share of podcasts downloads dropped from 42.7% to 37.8% during that identical window.

At the same time, Spotify is banking on podcasts driving a steady stream of ad revenue.

“Podcasting is an ad-supported medium. We feel today it’s undervalued and under-monetized in the portfolio of opportunities for marketers,” Courtney Holt, Spotify’s global head of studios and video, told TheWrap last summer. “It’s small [and] it’s growing, compared to radio and online video. It really is an amazing brand opportunity and the key for why we’re making the investments.”

That’s all well and good, but sooner than later, Spotify will need to show its podcasts translate into 1) more subscribers and/or 2) more time spent on the app. (Spotify, after adding 6 million Premium subscribers during Q3, entered the fourth quarter of 2020 with 144 million paying customers; Apple, for comparison, hasn’t updated Apple Music’s subscriber count since hitting 60 million in mid-2019.)

Ek, in his comments to investors last quarter, took an optimistic stance on Spotify’s podcast push so far.

“We saw a strong positive reaction when Michelle Obama’s and Joe Rogan’s podcasts launched during the quarter, and we’re seeing great success with our Originals and Exclusives, which now account for 19% of all podcast listening on the platform,” he said.

But another detail in Spotify’s Q3 earnings report seemed to be more illuminating: The company pointed out 22% of its monthly users engaged with podcast content during Q3, which represented only a 1% increase from the previous quarter. That figure will need to grow — and at a faster clip — for Spotify’s bet on podcasting to truly pay off. Its subscriber count will take center stage when it reports on Wednesday, but best to listen to what the company does (or doesn’t) have to say about its podcast audience.