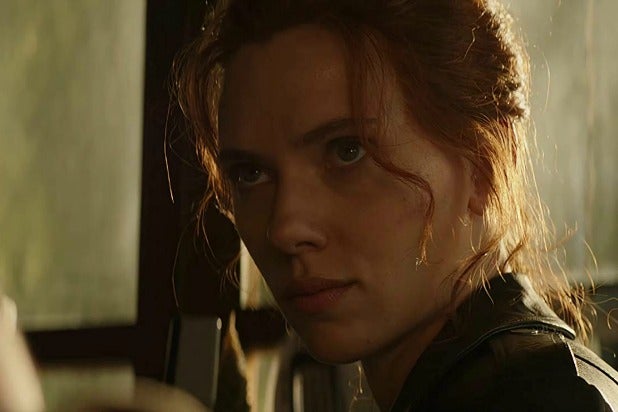 We’ve had nine months to emotionally grapple with the cataclysmic events of “Avengers: Endgame,” but now it’s almost time for the Marvel Cinematic Universe to start moving on without its two biggest characters, Robert Downey Jr.’s Iron Man and Chris Evans’ Captain America. We’ve already gotten a couple trailers for “Black Widow,” which kicks off this new era in May, but will Disney fire up the hype machine in full during the Super Bowl with some new looks at that film or the other MCU flicks that are on the way in 2020?

There are, as you probably already know, two new MCU films hitting theaters this year, with “Black Widow” up first in May and then “Eternals” in November. There are also two Disney+ limited series scheduled for this calendar year: “Falcon and the Winter Soldier” and “WandaVision.” And, of course, there are a couple new Marvel Movies this year that are not, as far as we know, part of the MCU: the final Fox X-Men film, “New Mutants,” and Sony’s “Morbius.”

It’s rare these days that we’re surprised by a trailer at the Super Bowl — a lot of the studios go so far as to drop their trailers before the weekend, as we saw with “Fast 9” and “A Quiet Place Part II” last week. And even when they don’t pull the trigger early, they’ll often give everyone a heads up about what’s coming.

But with these Marvel flicks, we have no concrete info about what’s in store for fans during the Super Bowl. We know that Disney will have some stuff — they already put the “Mulan” Super Bowl spot online — but mum’s been the word about Marvel stuff.

That said, Marvel typically does have a Super Bowl presence that highlights their movies from the first half of the current year — they did an “Avengers: Endgame” spot during last year’s games, and in 2018 they had an “Infinity War” spot along with a Lexus ad that featured Black Panther. And the year before that they had a trailer for “Guardians of the Galaxy vol. 2.”

So what are they odds that we get one or more Marvel movie or TV show trailers during the Super Bowl? UPDATE: We did get a “Black Widow” commercial, which you can see here. As for the other possibilities, we discuss those below.

Also Read: Han Returns From the Dead to Help Dom With His #Family Problems in First 'F9' Trailer (Video)

I don’t consider it all that likely that “Eternals,” “Falcon and the Winter Soldier” or “WandaVision” will get Super Bowl trailers, just because Disney and Marvel are not in the habit of using the Super Bowl to promote films scheduled for the latter half of the year. Back in 2011 we did get a trailer for the first “Thor” movie during the game even though that film was nine months away at the time, but that was back when Paramount was distributing most of the MCU films.

So it would be surprising to see ads for those — though perhaps a combination “here’s the future of the MCU” thing is more likely. And probably the most likely scenario for a first look at those Marvel shows would be a general ad for Disney+ that includes some brief snippets.

As for “New Mutants,” that’s a film that doesn’t generally fit the profile of a movie that gets a Super Bowl trailer, just because it’s been delayed repeatedly for years and been extensively reshot. And we haven’t heard anything about a “Morbius” spot, but since that movie is scheduled for late July, it’s a bit far off to get a Super Bowl spot after Sony just gave us our first look in January. A Super Bowl trailer would make more sense if they hadn’t already given us a first look.

So that’s what we know: not all that much. But anything is possible, so it’s best to go ahead and get emotionally prepared just in case.