Willard Scott, the longtime weatherman for “The Today Show” and the original Ronald McDonald, has died. He was 87.

Current “Today” weatherman Al Roker shared the sad news on Saturday on his Instagram, calling him his “second dad.”

“We lost a beloved member of our @todayshow family this morning. Willard Scott passed peacefully at the age of 87 surrounded by family, including his daughters Sally and Mary and his lovely wife, Paris. He was truly my second dad and am where I am today because of his generous spirit. Willard was a man of his times, the ultimate broadcaster. There will never be anyone quite like him.” 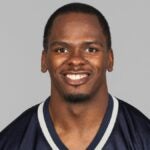 Scott spent 65 years with NBC and was with “Today” for the last 35 of those. Though he retired in 2015, he had appeared sparingly to wish viewers that had turned 100 years old, a regular feature he had done since the early 1980s.

Scott had served as “Today’s” main weather anchor from 1980 until 1996, when Roker came aboard.

He was also known for portraying Bozo the Clown in the 1950s on the show “Afternoon,” and would appear in McDonald’s commercials as the character. After the show ended in 1959, he would rework the character into what become the first iteration of McDonald’s mascot, Ronald McDonald. Scott detailed how he created Ronald McDonald in his 1983 book, “The Joy of Living.”

“When Bozo went off the air, the local McDonald’s people asked me to come up with a new character to take Bozo’s place. So I sat down and created Ronald McDonald.”