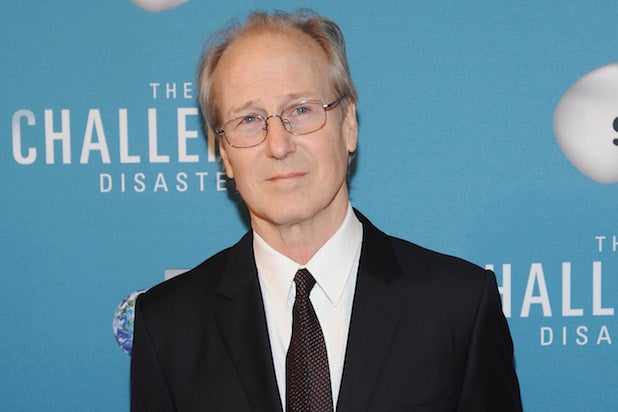 Oscar winner William Hurt has joined the cast of Focus Features’ Jesse Owens drama “Race,” the studio announced on Wednesday along with a new release date of April 8, 2016.

“Race” is directed by Emmy winner Stephen Hopkins and is currently being filmed in Montreal and on location at the Olympic Stadium in Berlin, where Owens won a record-breaking four Olympic gold medals in 1936. The new film has the support of the Owens family, the Jesse Owens Foundation, the Jesse Owens Trust, and the Luminary Group.

“Race” tells the incredible true story of Jesse Owens, whose quest to become the greatest track and field athlete in history thrusts him onto the world stage of the 1936 Olympics, where he faces off against Adolf Hitler’s vision of Aryan supremacy.

Hurt will portray Jeremiah Mahoney, president of the Amateur Athletic Union, who led efforts to boycott the 1936 Olympics.

The film’s executive producers include Christopher Charlier, Ben Grass, Scott Kennedy, Bonnie Timmermann, George Acogny, Nicolas Manuel, Jonathan Bronfman, and Al Munteanu. Square One, which is distributing the film in Germany, is a co-producer on the film. Entertainment One is distributing Race in Canada.

Hurt will next be seen in “The Moon and the Sun.” He won an Oscar for his lead role in “Kiss of the Spider Woman.” He has since been nominated for three additional Academy Awards for his performances in “A History of Violence,” “Broadcast News” and “Children of a Lesser God.”

Hurt is represented by ICM Partners. Mister Smith Entertainment is handling international distribution of the film.