Even Marilyn Monroe is not immune from the vagaries of eBay.
The bidder who won the auction for the crypt above the actress’ at Pierce Brothers Westwood Village Memorial Park has pulled out, the Los Angeles Times reported on Tuesday. 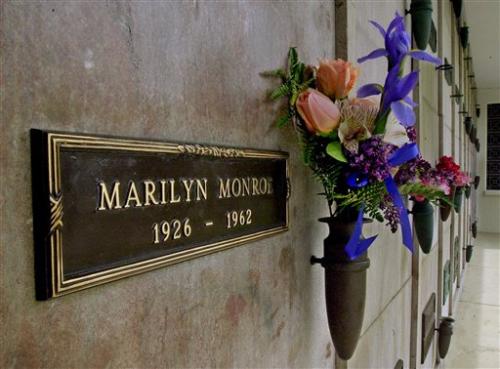 The bidding started at $500,000 on Aug. 14 and escalated to $1 million two days later. There were 21 bids, the highest from Japan. But when invoiced, the winner responded in an email: "I am awfully sorry, but I need to cancel this because of the paying problem."
Steve Miller, a mortgage broker and banker who is representing Elsie Poncher, whose husband is currently buried in the crypt, told the Times he has emailed the 11 other bidders who offered at least $4.5 million for the crypt, giving them 24 hours to make an offer.
Poncher said she was selling the crypt to pay off the mortgage on her Beverly Hills home.
"Here is a once in a lifetime and into eternity opportunity to spend your eternal days directly above Marilyn Monroe," the eBay auction description stated.
Poncher was buried face down — looking at Monroe — when he died 23 years ago at age 81, the posting says.
x
Looks like you're enjoying reading