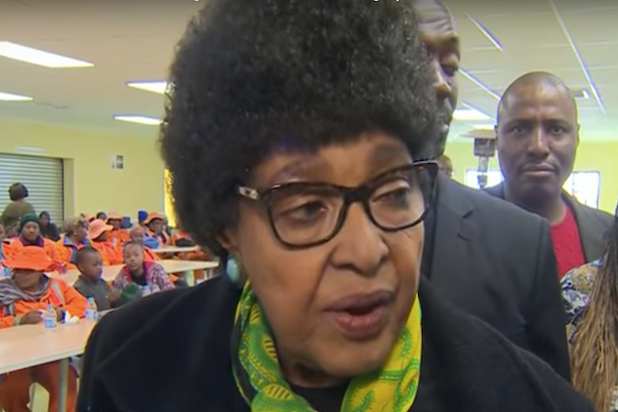 “She died after a long illness, for which she had been in and out of hospital since the start of the year,” Victor Dlamini, a spokesperson for the family said, according to the Guardian. “She succumbed peacefully in the early hours of Monday afternoon surrounded by her family and loved ones.”

Though her image has been tarnished in recent years with tales of corruption and her own lavish lifestyle, Mandela had been called the “mother of the nation” for her decades fighting against the institutionalized racism and oppression of the country’s former Apartheid leadership.

“She fought valiantly against the apartheid state and sacrificed her life for the freedom of the country,” said Dlamini. “She kept the memory of her imprisoned husband Nelson Mandela alive during his years on Robben Island and helped give the struggle for justice in South Africa one its most recognizable faces.”

Born Nomzamo Winifred Zanyiwe Madikizela, she married Nelson Mandela in 1958. After his release from prison, Nelson Mandela went on to become the first democratically elected leader of South Africa in 1994. The couple had two children before divorcing in 1996. Nelson Mandela died in 2013 at the age of 95.