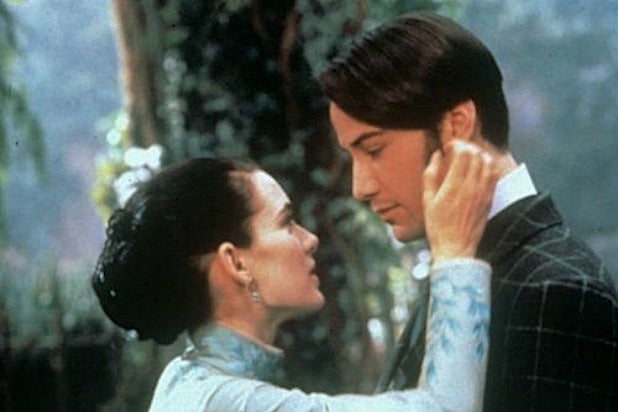 Twenty-six years after heating up the screen in “Bram Stoker’s Dracula,” Winona Ryder wonders if she and her leading man, Keanu Reeves, accidentally got married for real while shooting their characters’ wedding.

“I swear to God I think we’re married in real life,” she told Entertainment Weekly while promoting the upcoming rom-com “Destination Wedding,” which reunites her and Reeves.

“In that scene, [director] Francis [Ford Coppola] used a real Romanian priest,” she explained. “We shot the master and he did the whole thing. So, I think we’re married.”

When they reconnected on the set of “Destination Wedding,” she reminded him that they each said “yes” to the “Do you take…?” question while filming with that ordained priest.

“Don’t you remember that? It was on Valentine’s Day,” she said, to which Reeves deduced, “Oh, my gosh, we’re married.” Of course, it’s more than a little likely that they were just pulling each other’s leg.

Although the film did OK at the box office, earning just under $216 million worldwide (which would be about $386 million today), critics were not kind to Ryder and Reeves. (Time magazine’s Glen Levy said their London dialect made for a “literal horror show.”)

That said, the duo has a second chance at onscreen romance in “Destination Wedding,” playing depressed (and depressing) guests at a wedding in California wine country who develop and unlikely connection. It opens in theaters on August 31.