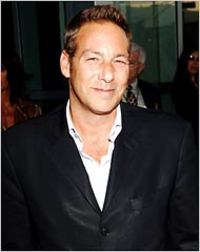 In today’s paper there’s a Hollywood morality tale: same story,  new protagonist. Henry Winterstern resigned last week as the CEO of First Look Studios, an independent that he’d been trying to build over the last two years. Winterstern, it seems, is quite successful at raising money. Not so successful at creating profit. He brought a Quebec pension fund to Hollywood a number of years ago. This time, with a hedge fund and Merrill Lynch behind him, he got his hands dirty, and was putting together a moviemaking, distributing venture.

As the calls I’m getting this morning indicate, Winterstern has left a swath of ill will in his wake. But as he indicated to me yesterday, he is not through with Hollywood yet. Here’s the article:

LOS ANGELES, March 7 — The journey of Henry Winterstern is a classic Hollywood tale: of this town’s irresistible lure, the particular hunger it breeds and the hubris that so often leads to a sudden demise. But this rapid rise and fall came with some trendy hedge-fund trimmings. (continued…)