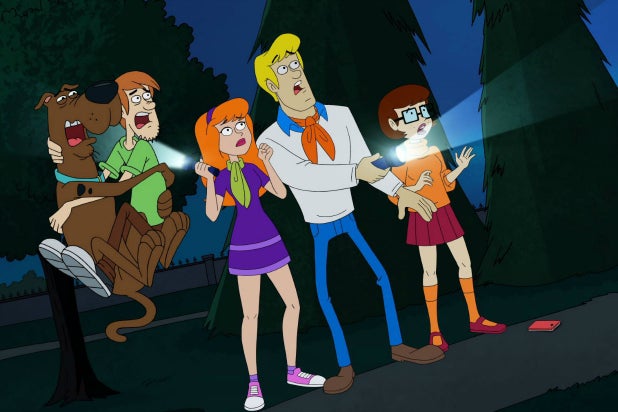 Warner Bros.’ big plans for its next cinematic universe were unveiled at CinemaCon on Tuesday, when the studio revealed more details about the 2018 Scooby-Doo movie that was first announced last August.

WB could really use a big moneymaker right now, and has been plumbing its war chest of intellectual property to find something else around which it can form a cinematic universe along with its budding world of DC Comics characters.

WB announced that the movie would be called “S.C.O.O.B.” and would be “the first step in unlocking the Hanna-Barbera” cinematic universe.

Those two words are getting bandied about a lot these days in Hollywood. Kevin Feige and his team at Marvel have created the ultimate model to grab and keep moviegoer attention and keep a stranglehold on it, and rival studios have been playing catch-up. Notably, Disney recently released the trailer for the first Star Wars spin-off movie, “Rogue One” and Sony is in the midst of reviving Ghostbusters for expansion.

With a cinematic universe, you’re not just selling one movie. You’re selling a package of movies, promising extra rewards for those who watch all the films through crossovers and continuity nods.

With its latest announcement, Warner Bros. is banking on moviegoers wanting to see those meddling kids in crossovers with the likes of Jabberjaw, the Jetsons and the Flintstones. WB is being tight-lipped so far about what other cartoons might be ripe for this universe and whether it will feature overarching storylines like the ones being built by Marvel and its own DC.

Hopefully they’ll do one with “Birdman and the Galaxy Trio” that ends with Birdman becoming an attorney.