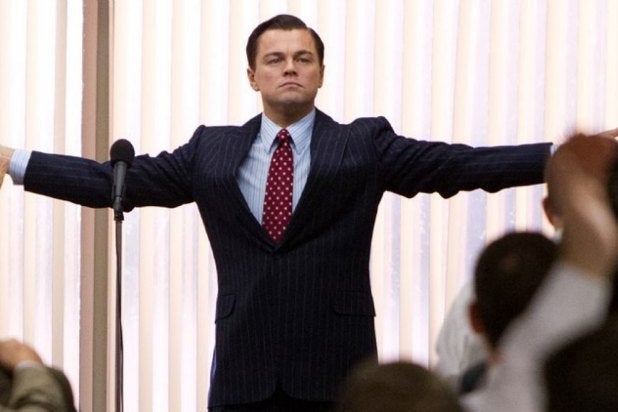 Jordan Belfort, who served as the inspiration for the hit 2013 film “Wolf of Wall Street,” is suing the production company behind the film for $300 million, saying they lied to him when he first agreed to sell them his rights.

In the lawsuit, Belfort states Red Granite Productions co-founder Riza Aziz represented the company as a “legitimate and legally funded film production company.” Belfort says he relied on that representation when he agreed to make the deal with Red Granite, which eventually released “Wolf of Wall Street” in 2013. The film made over $300 million at the box office.

Belfort alleged that after the film’s release, he learned that Red Granite was not, in fact, “legitimately or legally funded when they acquired Belfort’s rights.” He says he was “blindsided” to learn about the true source of the company’s funding — Aziz has been accused of laundering $248 million into Red Granite — and says Red Granite and Aziz “concealed these criminal acts and funding sources from him.”

“Had he known,” the lawsuit states, “he certainly would have never sold the rights.”

In the lawsuit, Belfort says Red Granite has “tainted” his rights going forward and has failed to maximize those rights due to the highly-publicized scandal.

Belfort is suing for fraud, negligent misrepresentation, violation of the RICO Act, breach of contract and breach of the covenant of good faith and fair dealing. He is seeking $300 million in damages and wants his deal with Red Granite voided.

Matthew L. Schwartz of Boies Schiller Flexner, an attorney for Red Granite, tells TheWrap, “Jordan Belfort’s lawsuit is nothing more than a desperate and supremely ironic attempt to get out from under an agreement that for the first time in his life made him rich and famous through lawful and legitimate means.”