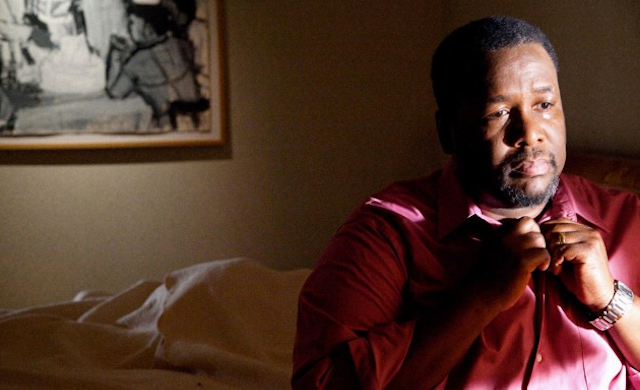 Wolfe Releasing has acquired “Four,” Joshua Sanchez’s directorial debut based on award-winning playwright Christopher Shinn’s play of the same name. The film stars Wendell Pierce, whose performance earned him a nomination for Best Actor at the 2013 Independent Spirit Awards.

Pierce, best known for his work on HBO's "The Wire" and "Treme," stars as Joe, a middle-aged married man who goes on a date with a young man he meets on the Internet. Emory Cohen plays the young man while Aja Naomi King and E.J. Bonilla round out the cast.

Pierce also produced the movie with Christine Giorgio while Neil LaBute and Allen Frame are executive producers. Sanchez, who has made a series of shorts, adapted the movie for the big screen.

Wolfe will release the movie in theaters and then on VOD and DVD.

“’Four’ is a powerful new American indie,” Wolfe president Maria Lynn said in a statement. “It’s full of the poetic and tender human drama of great theatre. We’re really proud to be releasing such an accomplished and beautiful film.”