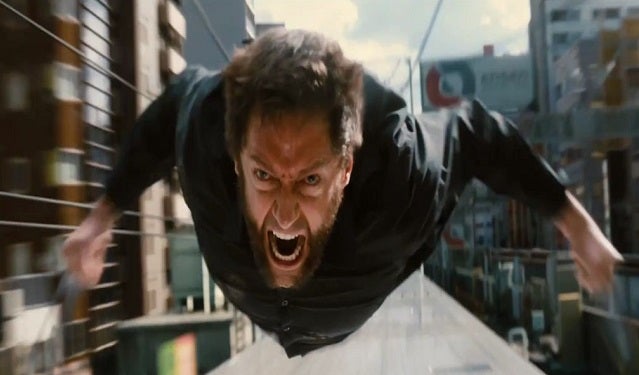 Hugh Jackman and "The Wolverine" dominated Friday with more than $21 million and will easily win the weekend box office race, but Fox's superhero saga isn't tearing it up and will likely finish the three days in the $56 million range.

That's a little less than the studio had hoped for and under analysts' projections, and it won't come close to matching the $85 million three-day debut 2009's "X-Men Origins: Wolverine," which went on to take in $180 million domestically.

Still, it's the best live-action opening since "The Man of Steel" debuted to $116 million back in June, and breaks a four-week run in which big-budget movies "White House Down," "The Lone Ranger," "Pacific Rim" and "R.I.P.D." all disappointed. And "The Wolverine" will be a force overseas this weekend, where it is opening in 126 countries – every major market except Japan and China.

First-night audiendes gave it an "A-" CinemaScore, so that should help word of mouth on Saturday and Sunday. It has a 68 percent positive rating on Rotten Tomatoes.

The PG-13-rated "The Wolverine" is the first of Fox's Marvel movies to be released in 3D, which was available on 3,063 of its market-high 3,924 theaters. The Friday figure was swelled by a $4 million haul from Thursday late shows. Last week’s No. 1 movie, Warner Bros.' "The Conjuring" was running second, after bringing in $7.3 million Friday. That puts it on pace for a $22 million second weekend, which would be an unusually small 46 percent drop-off for a horror film.

Universal's "Despicable Me 2” was holding even better than that in its fourth weekend. It brought in $4.8 million Friday and is looking at $16.2 million for the three days, which would be just 35 percent fall from last week. It overall domestic total is now at $306 million, and it has taken in more than $615 million worldwide.

It continued to outpace DreamWorks Animation's family film "Turbo," which was holding well, too. The Fox-distributed snail tale is on pace for a $13.3 million second weekend after bringing in just over $4 million Friday, which would be a drop of just 37 percent from last week.

Sony's Adam Sandler comedy "Grown Ups 2" was showing staying power, too. It took in $3.6 million Friday and is looking at an $11 million third week, and could cross the $100 million mark domestically by Sunday.

The overall weekend is running roughly 28 percent of last year’s comparable weekend, when "The Dark Knight Rises" repeated as No. 1.

Summit's "Red 2" was on its way to a second week in the $9 million range after taking in $2.7 million Friday. That would be a roughly 50 percent drop from last week.

Guillermo del Toro's giant robots epic "Pacific Rim" followed and is on pace for a $7.4 million third week for Warner Bros., just ahead of Fox's Melissa McCarthy-Sandra Bullock comedy, which is on track for a $6.7 million fifth week for Fox. Universal’s "R.I.P.D." will follow at around $5.7 million.

The Weinstein Company went from 34 theaters to 1,064 with "Fruitvale Station" for this weekend. It brought in $1.4 million Friday and is looking at $4.2 million for the three days.

First-time director Ryan Coogler's drama is about the last day in the life of 22-year-old Oscar Grant , who was fatally shot by a guard after an altercation on a BART train in Oakland, Calif., on New Year's Day, 2009.