Adding to an awards-heavy day that had already seen announcements from the Los Angeles Film Critics Association, the Boston Society of Film Critics, the American Film Institute and the New York Film Critics Online, the Alliance of Women Film Journalists revealed its 2009 winners Sunday evening.

"The Hurt Locker," which had already been honored by the L.A. and Boston critics and included on the AFI 10-best list, was named best picture, and Kathryn Bigelow best director. The film also picked up an award for best ensemble cast, while Bigelow also won Best Woman Director, Women’s Image Award, and This Year’s Outstanding Achievement by a Woman in the Film Industry.

Jeff Bridges, Carey Mulligan, Christoph Waltz and Mo’Nique were honored for their performances.

The Alliance of Women Film Journalists, made up of almost 50 female film critics and reporters, has been handing out the EDA Awards since 2006.  Honors are voted in a variety of categories, from the usual (Best Film, Best Director) to the tongue-in-cheek (Actress Most in Need of a New Agent, won this year by Hilary Swank). 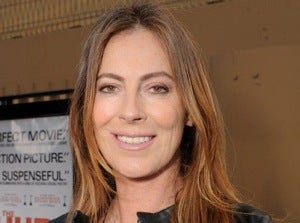 Best Screenplay, Adapted: Jason Reitman and Sheldon Turner, "Up In The Air"

This Year’s Outstanding Achievement By A Woman In The Film Industry: Kathryn Bigelow for "The Hurt Locker"

Actress Most in Need Of A New Agent: Hilary Swank

Movie You Wanted To Love But Just Couldn‘t: "Amelia"

Sequel That Shouldn’t Have Been Made Award: "Transformers Revenge of the Fallen"

The Remake That Shouldn’t Have Been Made Award: "Land of the Lost"

Most Egregious Age Difference Between The Leading Man and The Love Interest Award:
"Whatever Works" – Larry David and Evan Rachel Wood (40 years difference)