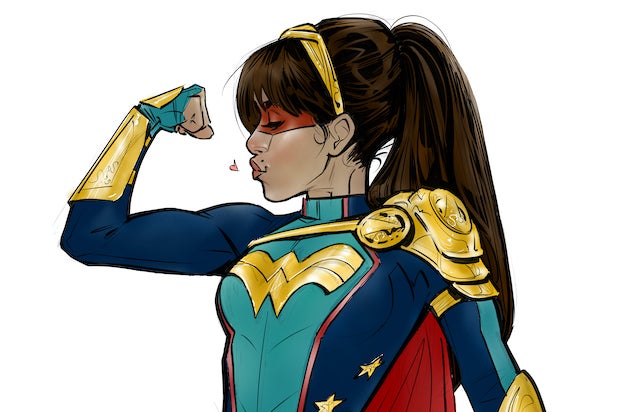 Greg Berlanti is producing a new “Wonder Girl” TV series with a Latina lead, which is in the script development stage at The CW, TheWrap has learned.

“Queen of the South” co-showrunner Dailyn Rodriguez will write and executive produce the potential show, which is based on a character from DC created by Joëlle Jones.

The CW’s “Wonder Girl” would follow Yara Flor, “a Latina Dreamer who was born of an Amazonian Warrior and a Brazilian River God, learns that she is Wonder Girl, and with her newfound power must fight the evil forces that would seek to destroy the world,” per its official description.

DC Comics revealed last month that it would be releasing “Future State: Wonder Woman,” featuring new character Yara Flor as Wonder Woman. While that comic, also written and drawn by Jones, focuses on the adult Yara, the “Wonder Girl” comic series, as well as The CW’s project, will follow the younger Yara.

Along with Berlanti and Rodriguez, executive producers include Sarah Schechter and David Madden.

The one-hour drama would be produced by Berlanti Productions in association with Warner Bros. Television.

If ordered to series, “Wonder Girl” would be the first of The CW’s superhero shows to feature a Latinx lead and join a DC Universe lineup that includes “Batwoman,” “DC’s Legends of Tomorrow,” “The Flash,” “Supergirl,” “Black Lightning” and the upcoming “Superman & Lois.”