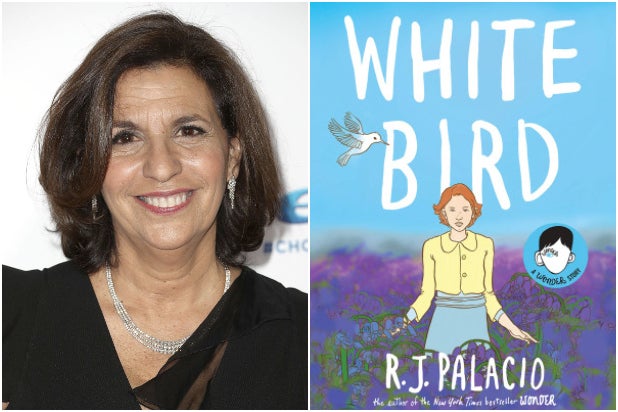 Lionsgate is diving back into the world of “Wonder.” The studio and the producers of their family film have acquired “White Bird: A Wonder Story,” and will adapt it into a feature film that is a follow-up from R.J. Palacio, the author of  “Wonder.” The news was announced on Tuesday by Lionsgate’s president of the motion picture group Nathan Kahane.

Palacio’s “White Bird” is a graphic novel that will be released on Tuesday as published by Alfred A. Knopf, and though this book is set during World War II in Nazi-occupied France, the stories of “Wonder” and “White Bird” are connected.

“White Bird” follows the story of a young Jewish girl hidden away by a boy and his family in Nazi-occupied France, including her fairy-tale life before the war until everything is abruptly changed. Suddenly the boy she and her classmates once shunned becomes her savior and best friend. But the emotional hook of “White Bird” is that it’s recounted by a woman named Grandmere to her grandson Julian, who fans of “Wonder” should recognize from the book and film. Her story also serves as Julian’s evolution and demonstrates the power of kindness to change hearts, build bridges and even save lives.

Mandeville Films’ David Hoberman and Todd Lieberman produced “Wonder” alongside Palacio, and the three are teaming up again to produce the new feature film based on her graphic novel. “White Bird” will be overseen by James Myers for Lionsgate.

“Lionsgate is enormously proud of our association with world class writers who speak from the heart and soul and with a powerful, authentic voice. There can be no more important, hopeful or inspirational message today than those found in R.J.’s books. She is an extraordinary talent,” Kahane said in a statement. “‘White Bird’ like ‘Wonder’ is about taking risks, taking a stand and the power of kindness. It is about the power and consequences of being brave and we are thrilled to be adapting ‘White Bird’ together with her and Mandeville Films.”

“The team at Lionsgate values artists and storytellers and has been crucial to expanding the fan community surrounding ‘Wonder,'” Palacio said. “They have been enormously supportive as I have been writing ‘White Bird’ and I could not feel more secure that my new graphic novel is in the right creative hands at the right studio.”

“R.J. Palacio is a gifted story teller and has a way of teaching through her stories in such a beautiful way,” Hoberman and Lieberman said. “‘White Bird’ is such a story that the whole world should read and we look forward to bringing it to the screen.”

“Wonder” starred Julia Roberts, Owen Wilson and Jacob Tremblay in the story about a boy born with facial differences who is entering a public school for the first time and struggles to be accepted by his new classmates. The film, which was released in 2017, was directed by Stephen Chbosky and made $305.9 million worldwide at the box office.