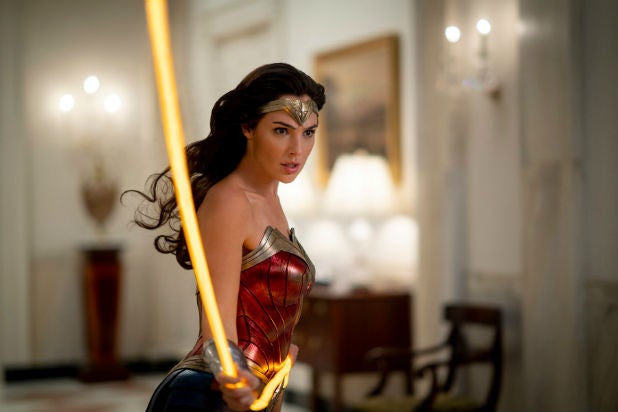 After delaying the film several times, Warner Bros. announced Wednesday that “Wonder Woman 1984” will finally debut Dec. 25 on HBO Max alongside a limited theatrical release. Of course, the move runs contrary to the previously stated wishes of director Patty Jenkins, but shortly after it was announced, star Gal Gadot explained in a statement that they basically had no choice, thanks to the most obvious, completely obvious, by the way seriously, super obvious reason possible.

“IT’S TIME. We’ve all waited a long time for this one to come. I can’t tell you how excited I am for all of you to see this movie. It wasn’t an easy decision and we never thought we’d have to hold onto the release for such a long time but Covid rocked all of our worlds,” Gal Gadot said.

“We feel the movie has never been so relevant and we hope that it’ll bring some joy, hope and love to your hearts,” Gadot continued. “‘Wonder Woman 1984’ is a special one for me and I can only hope it’ll be a special to you too. We’ve put our hearts and souls into it.”

“So.. you can watch it IN THEATERS (they’re doing an amazing job keeping it safe) and you can watch it on HBOMax from your homes,” Gadot concluded. “Sending you my love. Please keep safe and wear a mask. Happy holidays to all of us! Let the light shine in.”

In a statement just a few minutes earlier, Jenkins offered similar sentiments. “At some point you have to choose to share any love and joy you have to give, over everything else,” Jenkins said in part. “We love our movie as we love our fans, so we truly hope that our film brings a little bit of joy and reprieve to all of you this holiday season.”

The superhero sequel to “Wonder Woman,” which made $822 million at the worldwide box office in 2017, stars Gal Gadot, Chris Pine and Kirsten Wiig and is of course directed by Jenkins. It was originally slated for summer, then was pushed to October and then pushed again to Christmas 2020 due to the coronavirus pandemic.