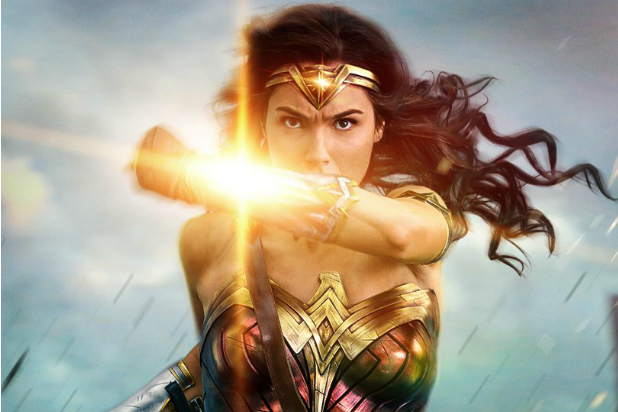 It’s gonna take more than a golden lasso to rope this argument in from the brink of insanity.

Alamo Drafthouse found itself under siege from outraged men this week, after announcing a female-only screening of the upcoming superhero film “Wonder Woman” next month.

“The most iconic superheroine in comic book history finally has her own movie, and what better way to celebrate than with an all-female screening?” Austin-based Alamo said in an announcement of the June 6 screening. “Apologies, gentlemen, but we’re embracing our girl power and saying ‘No Guys Allowed’ for one special night at the Alamo Ritz. And when we say ‘People Who Identify As Women Only,’ we mean it. Everyone working at this screening — venue staff, projectionist, and culinary team — will be female … So lasso your geeky girlfriends together and grab your tickets to this celebration of one of the most enduring and inspiring characters ever created.”

As evidenced by the comments on Alamo Drafthouse’s Facebook page, the exclusionary policy didn’t sit well with a number of men, who made their displeasure know.

“Imagine the s—storm if there was any male only showing of anything … or a private showing for a specific race or sexual orientation … Nah, it’s SJW [Social Justice Warrior] approved,” groused one male.

“I love Alamo Drafthouse and watch all my movies with y’all (and still will), but separating any group from another is very odd,” observed another.

“I’m not sad but more disappointed in Alamo than anything,” lamented yet another dissatisfied customer.

“Have you ever hosted a men’s only showing of any film?” asked one man, who received this biting response from the Alamo, “We’ve never done showings where you had to be a man to get in, but we *did* show the ‘Entourage’ movie a few years ago.” Ouch.

In a statement to TheWrap, Alamo Drafthouse said, “”Obviously, Alamo Drafthouse recognizes ‘Wonder Woman’ is a film for all audiences, but our special women-only screenings may have created confusion – we want everybody to see this film.”

“Does this mean Drafthouse will have a men’s only screening of Man of Steel or The Terminator? Hell maybe even Escape From New York or Demolition Man,” asked one fellow, who received a simple “No!” in response from Alamo Drafthouse.

Not every guy was enraged by the Alamo Drafthouse’s decision. A Facebook user identified as Jeremy Coss quipped, “I hear the tickets are being made from the tears of every bro who feels threatened by strong women.”