With 26 days left in 2017, Twitter has shared a bevy of info on the most tweeted about movies and shows, and — shocker — “Wonder Woman” was the biggest hit of the year on the app.

The DC movie, which raked in more than $800 million at the box office, was 2017’s most tweeted about movie in the U.S. (Unfortunately, a Twitter spokesperson did not have the approximate amount of tweets to share.) “La La Land” took the silver, “Dunkirk” grabbed the bronze, and “Spider-Man: Homecoming” and “Justice League” rounded out the top five.

But somehow, “Wonder Woman” herself, Gal Gadot, didn’t crack the top 10 celebs mentioned on Twitter this year. South Korean boy band Beyond The Scene —  or @BTS_twt on Twitter — was the most tweeted celebrity entity across the globe over the past 365 days. Justin Bieber is still going strong, coming in at number four, and Harry Styles and his hair took the seventh slot. 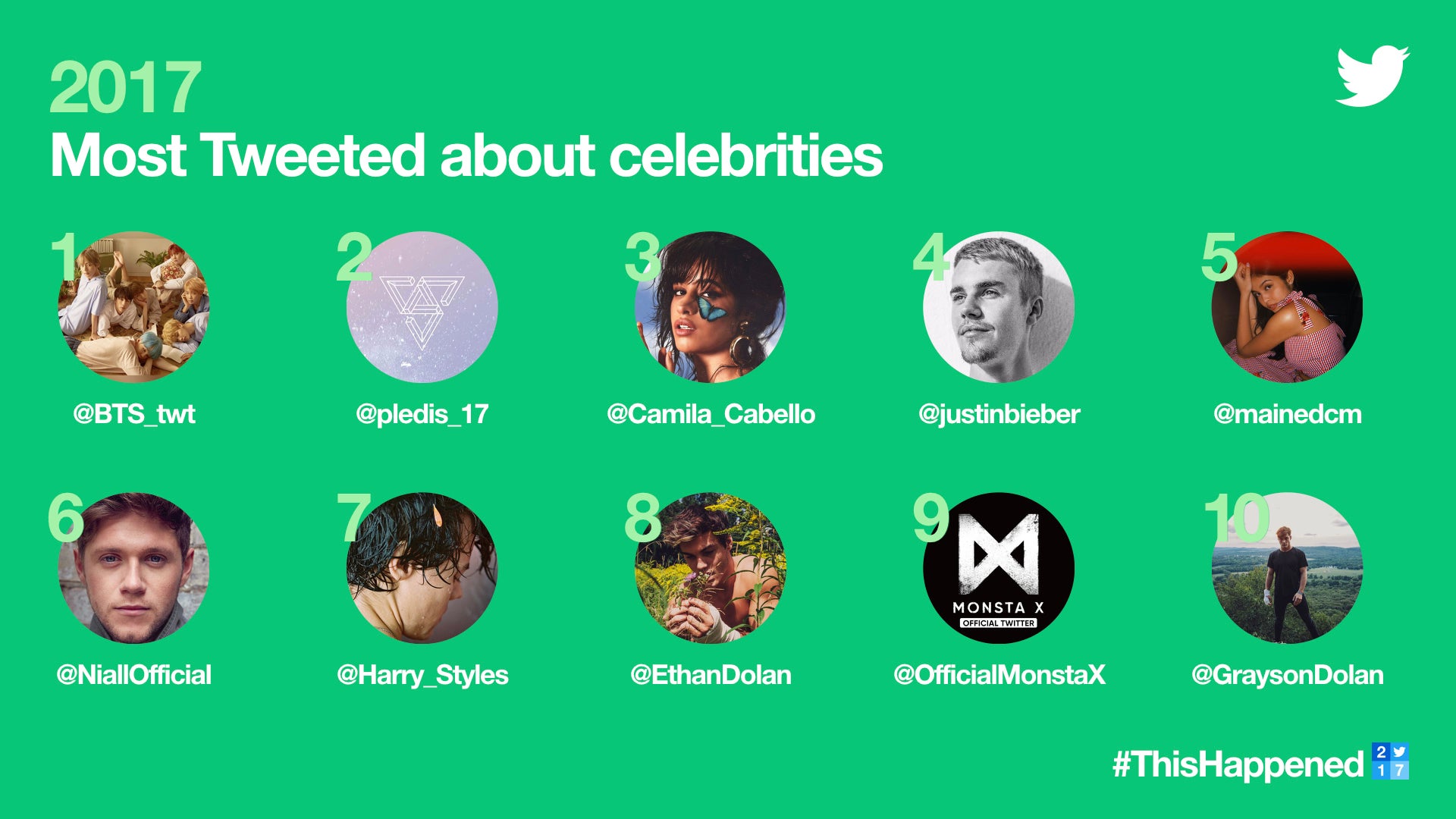 As for the small screen, “Game of Thrones” was predictably the top TV show of the year in the U.S., as anyone that spent more than five minutes on Twitter over the summer can attest to. “Stranger Things” came in second, and somehow “Big Brother” is not only still on the air, but was the third most popular show on Twitter. “13 Reasons Why” and “Saturday Night Live” closed out the top five shows (with “Walking Dead,” “Grey’s Anatomy,” “The Voice,” “Supernatural,” and “Pretty Little Liars” filling in the six through 10 slots).

Nowhere to be seen is “Curb Your Enthusiasm” — in case you were wondering.