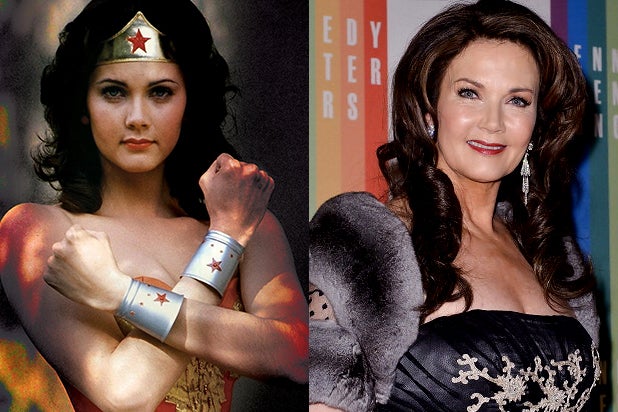 Lynda Carter, who portrayed the iconic character of “Wonder Woman” in the 1970s TV series, is in talks to join the film’s sequel.

During an interview Wednesday on NBC’s Today with Megyn Kelly, Carter confirmed that she has been talking to director Patty Jenkins about appearing in the “Wonder Woman” sequel. An individual with knowledge of the project corroborated her on-air statement to TheWrap.

“That is up to Patty Jenkins. I’ve been talking to her about it,” said Carter. “She’s given me some hints about it and I guess it’s up to Warner Bros if they want to spend the money … It really is up to Patty, and if it works in an organic way it’ll be great fun and it’ll be wonderful to do.”

TheWrap has confirmed that, like “Wonder Woman,” “Wonder Woman 2” will be a period piece, with Princess Diana (Gal Gadot) facing off against the Soviet Union during the 1980s.

Other details, including which characters from Wonder Woman lore may appear have not been revealed, but it’s notable that WB still has an option for Chris Pine, who played love interest Steve Trevor. Given that (spoiler alert!) Trevor dies during the events of “Wonder Woman,” bringing him back might be a stretch, but then again, the world in which it takes place features living gods from Greek mythology.