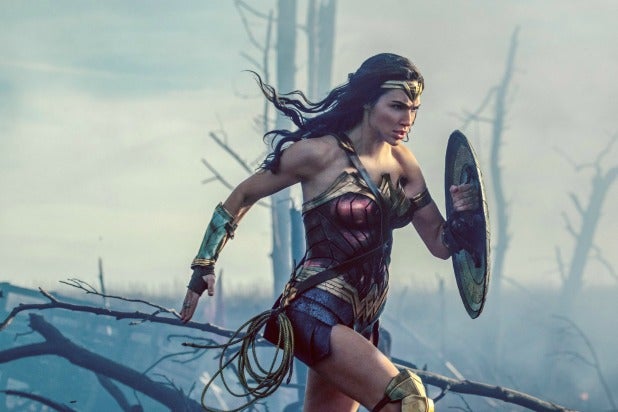 Word of mouth and rave reviews have lifted Warner Bros./DC’s “Wonder Woman” to an estimated $98 million opening after scoring $38.8 million on opening day from 4,165 screens. That puts the DCEU film ahead of the $90-95 million projection target set by trackers earlier this week. Depending on Saturday totals, the film could become the third in 2017 to reach a $100 million-plus opening.

While 2016’s “Batman v Superman” and “Suicide Squad” had to contend with negative critical reception, “Wonder Woman” has seen a huge boost from its 94 percent Rotten Tomatoes score. Among audiences, it has received a solid A on CinemaScore. It is only the fifth WB/DC movie to earn top marks from CinemaScore, joining Tim Burton’s “Batman” and Christopher Nolan’s “Dark Knight” trilogy.

In second is DreamWorks Animation/Fox’s “Captain Underpants,” based on the long-running kids’ graphic novel series by Dav Pilkey. The film is set for an opening of $25 million against a reported budget in the mid $30 million range, a very solid result for a family film serving as counter-programming to a highly-anticipated superhero tentpole. The film has an 86 percent score on Rotten Tomatoes and a B+ on CinemaScore.

“Pirates of the Caribbean: Dead Men Tell No Tales” will take third with an estimated second frame of $22 million. If that result holds, it will be a 65 percent drop, the largest plunge for any “Pirates” film. “Guardians of the Galaxy Vol. 2” will take fourth and cross the $350 million milestone with an estimated fifth frame of $9.8 million. Rounding out the top five is “Baywatch,” which fell flat on its opening last weekend and is now looking at a second weekend total of $8.5 million.