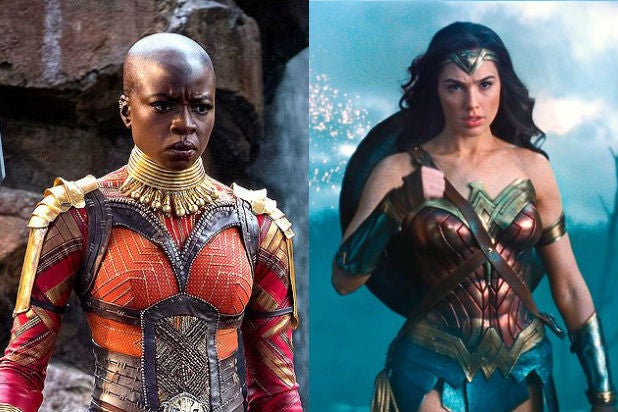 On Wednesday, fans of 2017’s “Wonder Woman” and current monster hit “Black Panther” engaged in an extremely important debate on Twitter: who would win in a fight between Gal Gadot’s Wonder Woman and Okoye, the head of Black Panther’s special forces played to badass perfection by Danai Gurira.

The debate was sparked by Wednesday’s news that the villain of “Wonder Woman 2” will be Cheetah, perhaps to be played by Kristen Wiig. Plenty of fans rallied for Okoye, pointing out that she’s an incredible soldier backed by an army of equally badass women. Plenty of other fans noted that Wonder Woman is a literal immortal demigod. By the end, the consensus was pretty much that  Wonder Woman would mop the floor with Okoye. (But not before the debate caused a Twitter moment.)

Luckily, an actual expert weighed in to settle the debate once and for all: Roxane Gay, the writer behind Marvel Comics’ “Black Panther” spinoff “World of Wakanda” that ran from November 2016 through March, 2017. According to Gay, fans are going about it all wrong. Wonder Woman and Okoye are actually too smart to fight.

See her explanation below.

And let me be clear. They wouldn’t fight not because women don’t fight or some such nonsense but because they are smart and wouldn’t choose violence unless it was necessary.

So there you have it from an expert. Wonder Woman and Okoye would probably recognize that they aren’t enemies, and team up. Which means everyone who opposes either one of them should be quaking in their boots.