In the conversation about seminal television through the years, a show like the original version of “The Wonder Years” always tends to find a way in the conversation. And for good reason. For six seasons, the coming-of-age ABC dramedy followed Fred Savage as Kevin Arnold, a typical suburban American child from a typical suburban American household, as he grew up in his typical suburban town — from 1968 to 1973. The series itself debuted in 1988 and ended in 1993, allowing Boomers to look back with fondness over a nostalgic reminder of their own wonder years, of what it felt like to grow up at that time, awkwardness and all. “The Wonder Years” also connected to the millennial, Nick at Nite crowd who may have been too young to fully get the series when it originally aired but could go back and connect through the power of syndication. Which is why a reboot or reimagining of “The Wonder Years” makes as much sense as any other reboot or reimagining — though there is always the question of “Why mess with ‘perfection?’” — as there is another generation who connected to the material just as their parents did.

Of course, following the mathematics set by the original “Wonder Years,” in theory a more contemporary version would be set in 2001 — an era certainly rich for social commentary. Instead, ABC’s new version of “The Wonder Years” — created by Saladin K. Patterson, who serves as executive producer alongside Lee Daniels, Marc Velez and Fred Savage — also sets its origin point in 1968. Only this time, the focus is on a typical Black suburban American household, pointedly living in Montgomery, Alabama. The original series, for all of its deep looks into growing up in this era, did not examine race. But this new series exists in a world in which it would be impossible not to do so, as that was also the typical suburban American household experience for a group of people.

Speaking at this summer’s Television Critics Association press tour, Patterson explained, “We really gravitated towards sticking to the universe you know, ‘The Wonder Years’ universe of the original, and really looking at this Black middle class perspective during that time because we haven’t really seen that represented on TV and film before.“ He also noted the fact that, comparatively, 2021 to 2001 (or even just the late ‘90s) doesn’t really look all that much different compared to 1988 to 1968. 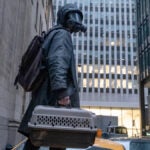 But from even the first 30 seconds, the new “Wonder Years” makes clear that there’s just as much to gain and appreciate from a look back at life 40 years ago — from a new perspective — as there was when the original show looked back at life 20 years ago.  Especially when you consider how much things are currently still eerily similar, despite the number of decades that have passed; from the “police talk” to the “presidential election that created a racial divide” to a “flu pandemic.”

Like Kevin Arnold, Dean Williams (Elisha “EJ” Williams) is a typical suburban American child from a typical suburban American household. He’s also 12 years old at the start of the series and the youngest child of three, searching to find his particular place in the world. The only major differences are that Dean is Black and that this series is deliberately set in Alabama while the original essentially existed in “Anytown, USA.”

As the series begins, Dean’s older brother is “away” (fighting in Vietnam), while his parents attempt to get his revolution-driven older sister to focus on her SATS and collegiate future. Dean, on the other hand, is set on finding out what he’s good at, as the rest of his family excels. His brother is an athlete, his sister, Kim (Laura Kariuki), is popular, his mother, Lillian (Saycon Sengbloh), is smart, and his father, Bill (Dulé Hill), is bad (in the good way), as both a music professor and successful musician in his own right. Dean, on the other hand, has to wear glasses, and unlike his best friend, Cory (Amari O’Neal), hasn’t yet seen a puberty growth spurt (and the attention from girls that gets). He also can’t possibly tell the girl he likes, Keisa Clemmons (Milan Ray), that he likes her — for all of the above reasons. But once he figures out his place in the world — whatever that is — things should all work out for Dean. Right? 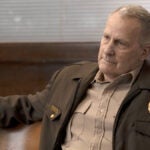 While Daniel Stern provided the adult voiceover for Kevin Arnold, here Don Cheadle steps in as the grown-up voice of Dean Williams. Cheadle makes for a very engaging voiceover, especially when the adult version of Dean has to process the day-to-day prejudiced actions and microaggressions he didn’t quite realize when he was a youth at the time. Dean and Cory’s white friend, Brad (Julian Lerner), constantly tries to let them know when certain white people “aren’t prejudiced,” but his meter for such judgements is never quite accurate.

But the key to this series will be to let the child version of Dean act and carry the material. The pilot offers a decent balance, but it is a bit touch and go at times, especially in the early beats of the pilot. However, as the pilot goes on, it becomes quite clear why EJ Williams was cast in the role; he is a child actor who evokes that sense of earnestness, of wide-eyed wonder and that feeling of just trying to make it through puberty. And the show’s pilot finds a perfect director — Fred Savage — to get that kind of performance out of the young actor.

However, it’s not just Cheadle’s voiceover that threatens to steal the show, as Dulé Hill’s patriarch truly radiates so much suave leading-man energy with his official motto “Be cool.” While this version of “The Wonder Years” captures the balanced mix of understated comedy and truth that the original did — especially when it comes to the humor of the ridiculous things kids said and did while they were growing up — the pilot achieves peak broad comedy when it pettily pits Bill against Coach Long (Allen Maldonado), Dean’s baseball coach and Cory’s dad. Tonally, it still works, specifically because of how good both Hill and Maldonado are, not just at comedy but in finding the truth in comedy, no matter how broad. While this series is obviously interested in tackling the serious things that were happening in the late ’60s, it’s not going to pretend that there wasn’t fun and joy and even pettiness throughout.

While the title of “The Wonder Years” even suggests a quote-unquote simpler time — one where you simply have to be in from playing before the streetlights come on — throughout the pilot, the realities of what life was really like for even a well-off Black family in this era slowly but surely creep in throughout, culminating in the news of Martin Luther King Jr.’s assassination. As Dean searches for his place in the world, people with even clearer answers also find themselves struggling, which is something Dean finally realizes, even though he doesn’t quite get the full ramifications. Thankfully, this version of “The Wonder Years” makes you want to follow this kid on this journey of realization and understanding.

“The Wonder Years” debuts on ABC on September 22. 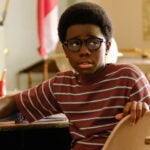 Also Read:
Why ‘The Wonder Years’ Reboot Is Still Set in the 1960s – and Not a More Recent Decade