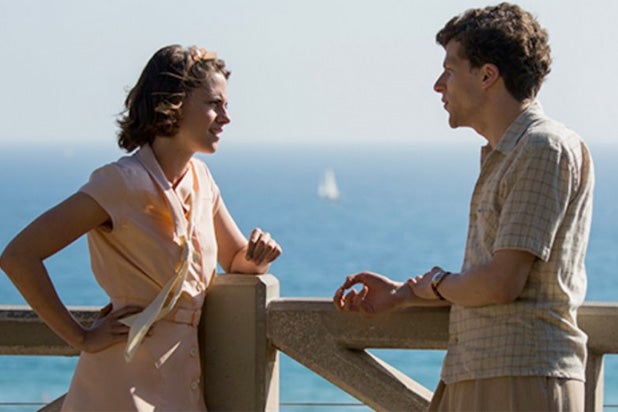 The movie, starring Kristen Stewart and Jesse Eisenberg, will screen on May 11 out of competition for the Palme d’Or and other top prizes at the festival along the French Riviera.

This will be the director’s 14th movie to screen at Cannes and the third to open the prestigious French festival, after “Hollywood Ending” in 2002 and “Midnight in Paris” in 2011.

According to the festival, “Cafe Society” centers on Eisenberg as a young man “who arrives in Hollywood during the 1930s hoping to work in the film industry, falls in love, and finds himself swept up in the vibrant café society that defined the spirit of the age.”

Eisenberg and Stewart are also familiar faces at the red carpet on the Croisette. Eisenberg’s “Louder Than Bombs” screened at the festival last year, and Stewart attended in 2014 for “Clouds of Sils Maria.”

“Cafe Society” will arrive in French theaters on May 11, the day of its Cannes premiere. U.S. moviegoers will have to wait until later this year, when Amazon Studios plans to give the movie a theatrical release.