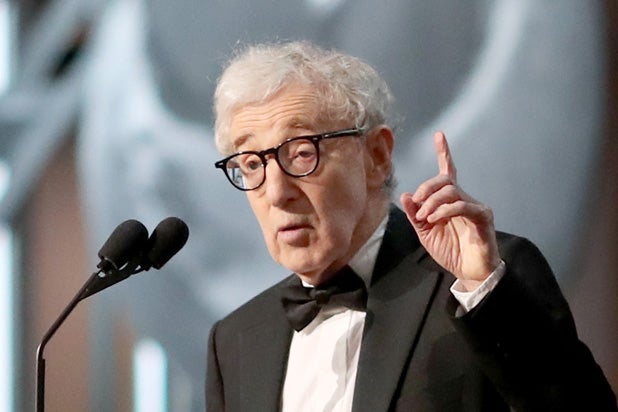 Executives at four major publishing houses said they had shot down a proposed memoir by Woody Allen that  had shopped late last year, the New York Times reported on Thursday.

The publishing executives, none of whom were named by the Times, all said they decided not to make an offer for the book, citing the marketing challenges in the #MeToo era. Some publishers declined to even read the submitted manuscript, the paper said, while noting it is possible that an unidentified publisher may be moving forward with publication without a public announcement.

Several executives described the Oscar-winning filmmaker as “toxic” to the Times since the resurfacing of old accusations that Allen inappropriately touched Dylan Farrow, his then-7-year-old daughter with ex-girlfriend Mia Farrow. (Investigators found no evidence of abuse, and Allen has repeatedly denied the accusations.)

Reps for Allen did not immediately respond to request for comment from TheWrap; his longtime agent, ICM Partners’ John Burnham, told the Times: “For the 30 years that I’ve worked with Woody, the standard mantra on anything is, ‘I can’t discuss his business.'”

Despite Allen’s insistence on his innocence, he has increasingly become a pariah in Hollywood with A-listers like Michael Caine, Timothée Chalamet Ellen Page and others all publicly expressing their regrets for working with him in the past.

In February, Allen filed a $68 million suit against Amazon after it canceled a four-movie deal, including the already completed A Rainy Day in New York,” starring Chalamet. Allen argued that the media giant knew full well about Dylan Farrow’s decades-old accusations but proceeded with the deal anyway.

“There simply was no legitimate ground for Amazon to renege on its promises,” the suit reads. Amazon has insisted that that Allen’s poor response to the MeToo movement as well as a rising tide criticism from stars was the real reason the film was shelved, according to the Times.