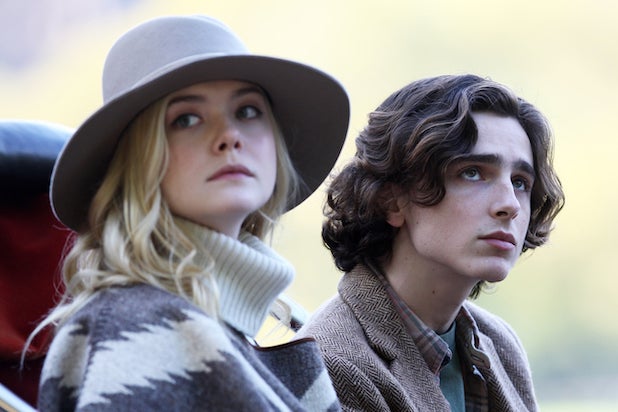 Woody Allen’s film “A Rainy Day in New York” has been picked up for distribution in multiple European, South American and Asian territories, according to the New York Times.

On Monday, TheWrap reported that Italian distributor Lucky Red acquired the film for release in Italy on Oct. 3. The Times notes that A Contracorriente Films will now also release “A Rainy Day in New York” the following day on Oct. 4 in Spain.

A spokesperson told the Times that Filmwelt/NFP will release the film in Germany and Austria, and Filmwelt/NFP’s managing director Christopher Ott said in an interview with a German newspaper that they would be among the distributors bringing the film to Europe, China, Japan, South Korea, Russia and South America.

Italian news reports said on Monday said that “A Rainy Day in New York” was also likely to be shown in France, the Netherlands and Belgium.

Allen’s film was blocked for release in the U.S. after distributor Amazon Studios terminated its four-picture deal with the director after the resurfacing of old accusations that Allen inappropriately touched Dylan Farrow, his then-7-year-old daughter with ex-girlfriend Mia Farrow. (Investigators found no evidence of abuse and Allen has repeatedly denied the accusations.)

In February, Allen responded and filed a $68 million lawsuit against Amazon Studios, claiming breach of contract. In April, Amazon pushed back and said it was “justified” in terminating the contract.

Allen had also announced plans to shoot another film with the backing of Barcelona-based financing conglomerate Mediapro, which previously helped fund “Vicky Cristina Barcelona” and “Midnight in Paris.”

“A Rainy Day in New York” stars Elle Fanning and Timothée Chalamet as two young people who arrive in New York and encounter rain and a series of unfortunate adventures. It also stars Rebecca Hall, Selena Gomez, Jude Law, Suki Waterhouse, Liev Schreiber and Diego Luna. Many of the stars of the film, including Chalamet and Hall, agreed to donate their salaries from the film to Time’s Up and LGBT charities.