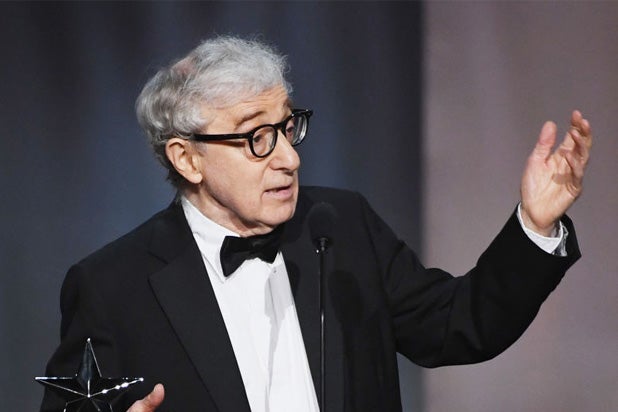 Allen’s film was blocked for release in the U.S. after distributor Amazon Studios terminated its four-picture deal with the director following renewed #MeToo accusations of sexual misconduct from his adoptive daughter, Dylan Farrow.

Local Italian news reports first detailed news of the film’s international release, adding that the film will most likely see be shown in France, Belgium, and the Netherlands, where Allen’s production company Gravier Productions already has distribution agreements in place. Lucky Red does not know of release dates in other international territories.

“A Rainy Day in New York” stars Elle Fanning and Timothée Chalamet as two young people who arrive in New York and encounter rain and a series of unfortunate adventures. It also stars Rebecca Hall, Selena Gomez, Jude Law, Suki Waterhouse, Liev Schreiber and Diego Luna. Many of the stars of the film, including Chalamet and Hall, agreed to donate their salaries made on the film to Time’s Up and other LGBT charities.

In February, Allen filed a $68 million lawsuit against Amazon Studios, claiming breach of contract after the accusations resurfaced, which Allen has repeatedly denied. In April, Amazon pushed back on the lawsuit in hopes to have it dismissed, saying they were “justified” in terminating the contract.

Allen had also announced plans to shoot another film with the backing of Barcelona-based financing conglomerate Mediapro, who previously helped fund “Vicky Christina Barcelona” and “Midnight in Paris.”