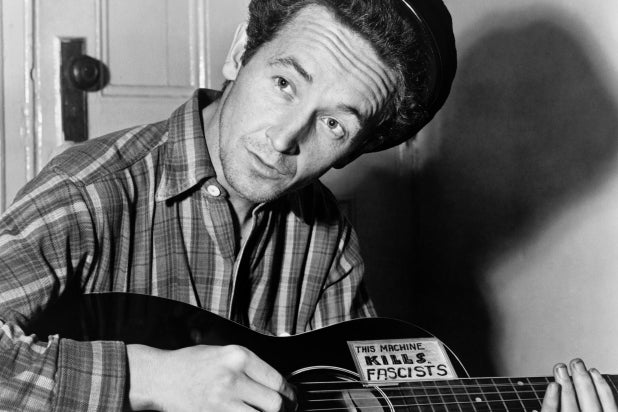 We were Googling Donald Trump’s dad today, which happens to be National Poetry Day. And surprise of surprises, we came across a poem written about Donald Trump’s dad, Fred, by Woody Guthrie, the folksinger rebel best known for “This Land Is Your Land.”

Speaking of land. He had a landlord, and that landlord was Fred Trump. Fred Trump has been in the news quite a bit lately because he and his son were famously accused by the federal government of not renting apartments to African-Americans, and because he once bought $3.3 million in chips from his son’s casino to help Donald Trump through tough financial times.

Woody Guthrie was not a fan of Fred Trump. According to the New York Times, the lefty troubadour rented an apartment in one of Fred Trump’s Brooklyn complexes, Beach Haven, in 1950. Guthrie felt like the place had a serious racist vibe.

Also Read: Poker Chip Bailout: What Donald Trump and 'Hell or High Water' Have in Common

He also reworked a song called “I Ain’t Got No Home” to include a not-friendly shoutout to Fred Trump, the Times reports: