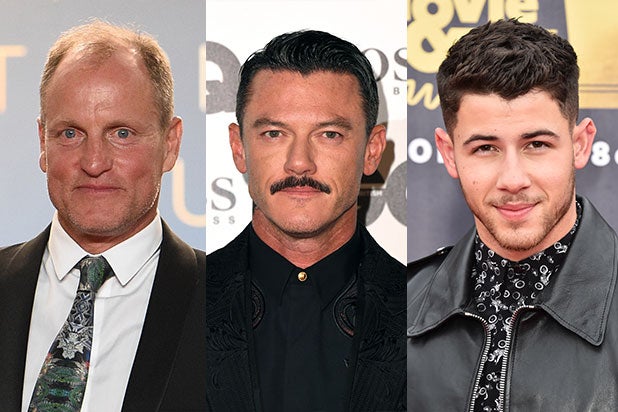 “Midway” will tell the story of the battle of Midway, as told through the perspective of the leader and the soldiers who fought the battle.

Emmerich’s most recent movie was “Independence Day: Resurgence,” which was released in 2016. Before then, he directed and produced “Stonewall” and “White House Down.” He is represented by Centropolis Entertainment, 42West and CAA.

So far, the only other film slated for the Nov. 8, 2019 release date is “Sonic the Hedgehog,” which will star Jim Carrey, James Marsden and Tika Sumpter.

"Independence Day 2" producer Dean Devlin shared the first photo of cast member Jeff Goldblum on the set of the Twentieth Century Fox sequel to the 1996 blockbuster about aliens invading the planet, and humanity rallying to fight back. "Hanging with David Levinson (Jeff Goldblum) 20 years later is a dream come true! #IndependenceDay," Devlin captioned the Instagram photo with the actor. Goldblum is reprising his role as computer genius David Levinson, who fans may remember for being responsible for saving the world alongside Will Smith. Sadly, Smith will not be back for more action, butÂ Bill Pullman, Vivica A. Fox, and Judd Hirsch will be.