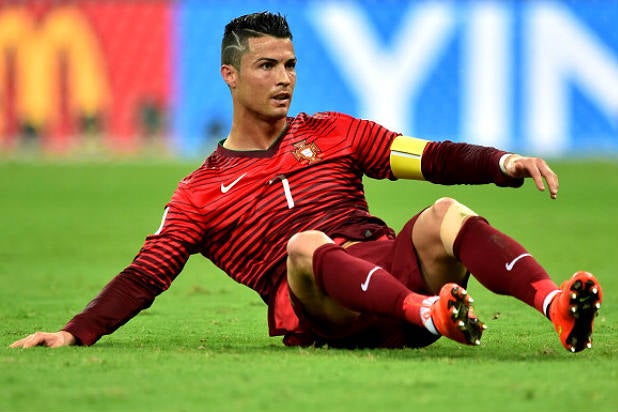 Just moments from advancing out of the “Group of Death,” the U.S. allowed a last-gasp goal and was forced to settle for a 2-2 draw with Portugal at the World Cup soccer tournament Sunday.

A victory, which was seconds away for the Americans, would have sent the U.S. team out of Group G and into the second, 16-team round of the World Cup competition. The U.S. can still advance with at least a draw against Germany in the next game on Thursday.

Cristiano Ronaldo swung in a cross from the right and his teammate Varela headed the ball into the net to keep Portugal alive in the tournament.

Clint Dempsey had given the U.S. the lead minutes earlier when he belly-bumped the ball into the net from a cross by Graham Zusi in the 81st minute.

r the Americans earlier in the second half, after Nani gave Portugal an early lead.