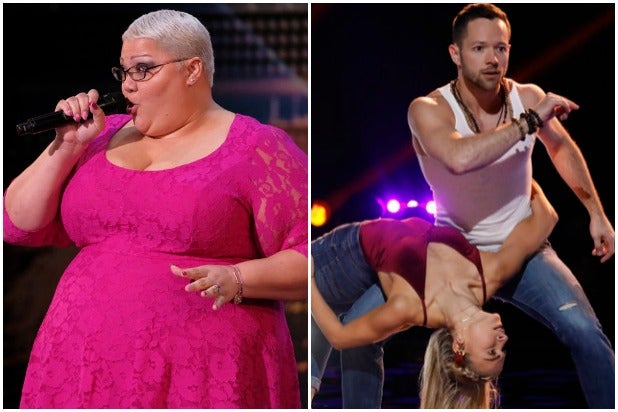 NBC waltzed its way to a win in Tuesday’s primetime Nielsen numbers last night, thanks to the second week of fresh episodes for “America’s Got Talent” and “World of Dance.”

The Peacock network grabbed first place in ratings among adults ages 18-49 and total viewers for the evening, even though the back-to-back competition series saw dips in both measures from their respective season premieres last week. (And their numbers last season.)

But it should be noted this easy victory was handed to NBC on a night filled with mostly repeat competition on the other Big 4 networks.

ABC and Univision tied for fourth in ratings with a 0.5/2.

ABC was third in viewers with 2.2 million, stacking its entire lineup for the evening with sitcom reruns.

Univision was fifth in viewers with 1.5 million.