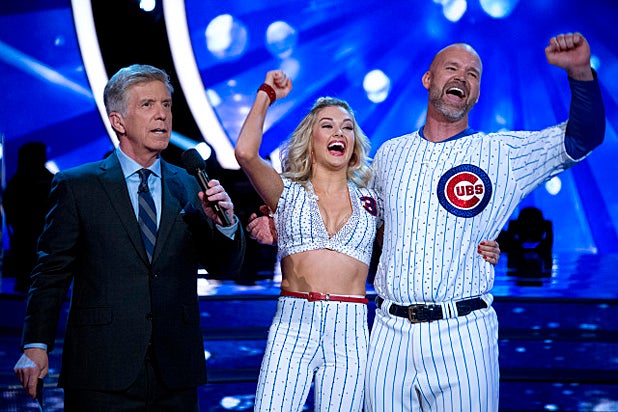 A lot has changed for David Ross since the Chicago Cubs made history by breaking their World Series curse last October — and it ain’t slowing down anytime soon.

Ross, who retired last year after becoming the oldest player to get a home run in Game 7 of the Series, makes his ESPN debut as an analyst for “Wednesday Night Baseball.”

That means he hits the broadcast booth for the first time just two days after tangoing into the finals of “Dancing With the Stars” on Monday. Yep, that’s a big week for anyone.

“I’ve not done ‘Wednesday Night Baseball’ before, this is whole other challenge for me and is causing a whole lot of new butterflies,” Ross told TheWrap, before joining play-by-play commentator Jon Sciambi and analyst Aaron Boone for the Boston Red Sox v. St. Louis Cardinals game. “I’m really looking forward to getting in the booth with them … there is a bunch of guys at ESPN I admire.”

It turns out that winning a pennant opens up plenty of new doors, as the 40-year-old said: “I have had a lot of opportunities to try other things. This is just one of the things that I’ve wanted to try.”

Ross will be joining other former baseball stars now at ESPN, such as John Kruk — who he grew up watching play and greatly admires — and he was sure to get some advice from his friends.

“They just say, ‘You’ll be fine’ … the unknown is scarier than what you know is going to happen. I just hope the fans are excited to hear my perspective on — I hope don’t bore them or piss any one off,” he said. 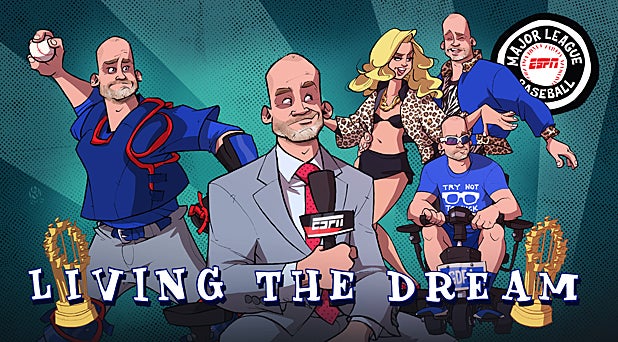 Ross has managed to do neither with “DWTS” viewers over on fellow Disney network ABC, and has defied the odds and all expectations by making it to the final three of Season 24 contestants.

The show “has been amazing, it has been very hard. It is a lot of work and is a long journey,” Ross said. “In my wildest dreams, I never thought I would enjoy it this much or that I would get this far.”

Just how he made it to the brink of being the first MLB player to win the Mirror Ball trophy (competing against Fifth Harmony’s Normani Kordei and NFL running back Rashad Jennings), Ross said: “You have to be invested — if you’re not, you won’t be on the show very long.

“I was raised being told that whatever you are going to do, then do it the best you can. You can’t do this show 50 percent — you are all in or all out. You are putting your reputation on the line.

While he’s nervous about this Monday night’s glittering finale, Ross compared the anxiety to a baseball game: “Once the first batter comes out, you are in your comfort zone and forget everything else.”

That laser-sharp focus was one of the keys to the Cubs beating the Cleveland Indians to win the World Series last year. “I don’t think we ever looked up, we stayed in our cocoon of our clubhouse. We never got caught up on the outside world,” the baseball champ said of the team.

As for why sports stars seem to excel so often on “DWTS,” Ross believes it’s because they are “trained to jump into things with both feet.”

“I think athletes are trained to invest all of themselves naturally, you know you have to commit 110 percent. We have to control our work ethic and performance, as that’s all we can control,” he said.

“I did the show to try something new and get out of my box — and show my kids its OK to fail at something.”

“Wednesday Night Baseball” airs Wednesdays on ESPN from 5 p.m. PT, and the finale of “Dancing With the Stars” airs on ABC Monday at 8 p.m.

The greatest sports moment in our lifetime has arrived after arguably the greatest baseball game ever played. The Chicago Cubs, after 108 years of suffering, are World Series Champions. Aside from the Boston Red Sox's championship drought, there's no other team that has come to be defined for its combination of tradition, passion and seemingly endless tragedy. As such, the Cubs have become the basis for many jokes and stories in movies and TV. Here are 10 of the best.