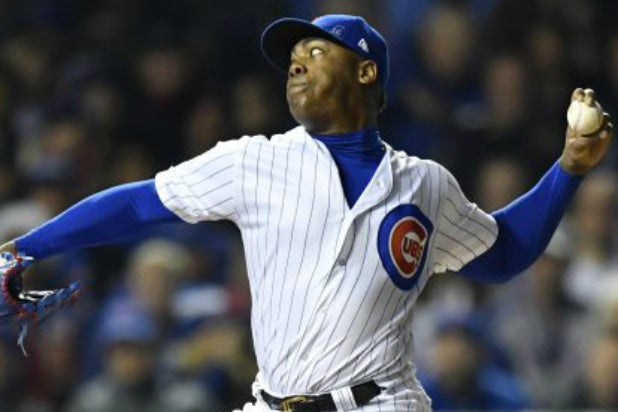 Sunday evening was truly a battle of Cowboys and Indians.

While the Dallas Cowboys won its NFL game and the Cleveland Indians lost their big MLB one, the World Series ultimately sacked “Sunday Night Football” in primetime TV ratings. So, who’s the real winner?

Well, Fox, according to Nielsen.

Fox was first in ratings with a 6.3 rating/18 share in the advertiser-coveted 18-49 demographic and in total viewers with an average of 21.5 million, according to preliminary numbers. An NFL contest’s conclusion and its eventual postgame show at 7 p.m. combined for a 6.5/22 and 21.5 million viewers. Game 5 followed and ran throughout (and beyond) primetime.

NBC was second in ratings with a 4.9/14 and in viewers with 13.9 million. That was a combo of the 90-minute “Sunday Night Football” pregame show and the Cowboys-Philadelphia Eagles matchup. went into overtime, blowing past the 11 o’clock end of primetime.

Telemundo was fifth in ratings with a 0.6/2 and in viewers with 1.6 million.

Univision was sixth in ratings with a 0.4/1 and in viewers with 1.3 million.